On August 6, 2015, the world marked 70 years since the dropping of an atomic bomb on Hiroshima. Code-named “Little Boy”, the bomb detonated at an altitude of 580 metres. Packed with the force of 15,000 tonnes of dynamite, the wave of heat and pressure it triggered transformed the city into a hell on earth. 100,000 people were wiped out instantly, while 350,000 were plagued by the after-effects for the rest of their lives. Among the survivors, was the Japanese artist, Keiji Nakazawa, who recorded his experience in the classic “Barefoot Gen” manga comic. This epic autobiographical work runs to 2,500 pages, and its drawings and stories depict the aftermath of the bomb in a hauntingly evocative manner.

As part of the 2015 Palais Sommer Festival in Dresden, the east German city on the banks of the river Elbe hosted an open-air event featuring the projection of the comic onto a giant screen to the sound of live improvisations by musicians from the Dresdner Sinfoniker. Under the patronage of the Japanese Embassy, the performance commemorated the anniversary of the dropping of an atomic bomb on Hiroshima.

Amsterdam clarinetist and video artist Oğuz Büyükberber used the original material of the graphic novel “Barefoot Gen” to create a powerful visual narrative that was projected onto the façade of the Japanese Palais.

The audience was able to experience the events of that time through the eyes and ears of a six-year-old boy named Gen. The city’s residents go about the activities of daily life on that fateful morning of August 6, 1945, the day on which a B-29 bomber traversed the clear blue sky above Hiroshima. The story allows the audience to recreate the moment “Little Boy” descended from the sky and imagine its chilling effects. 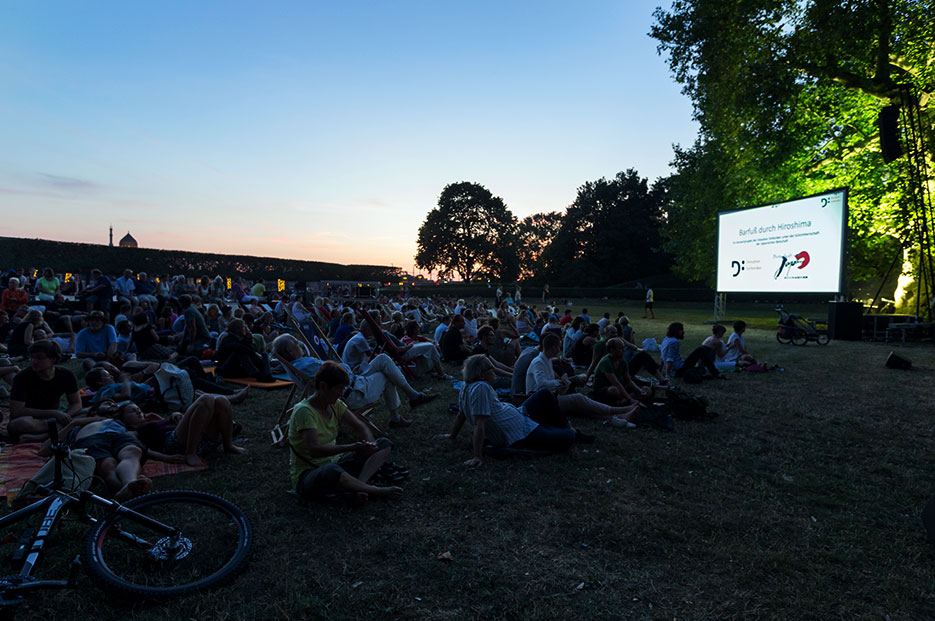 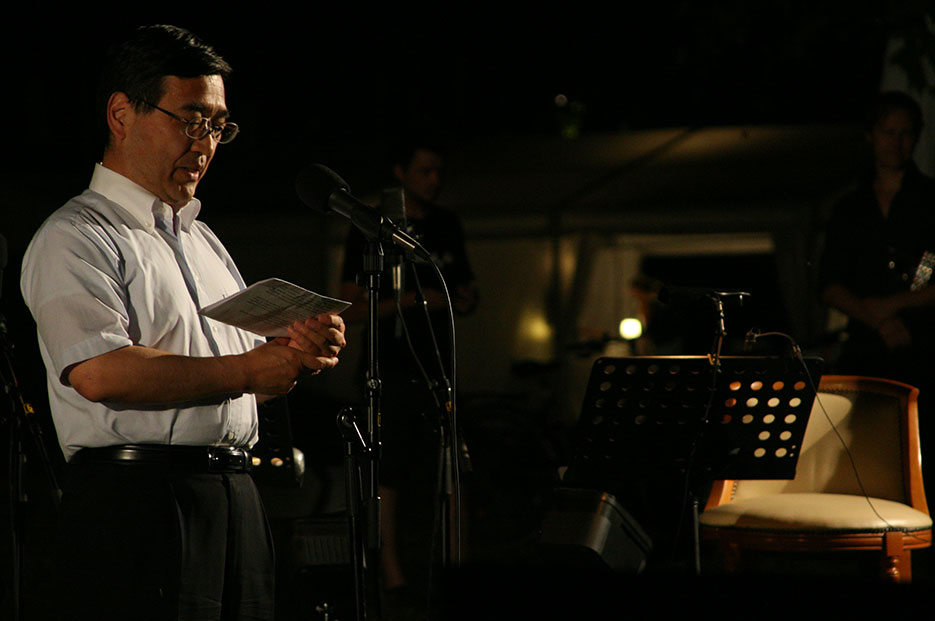 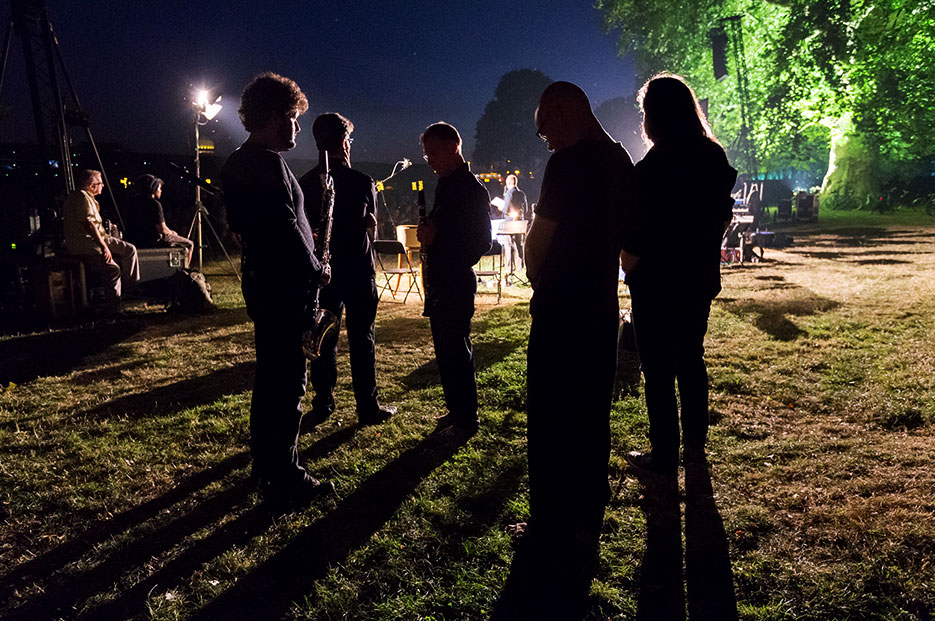 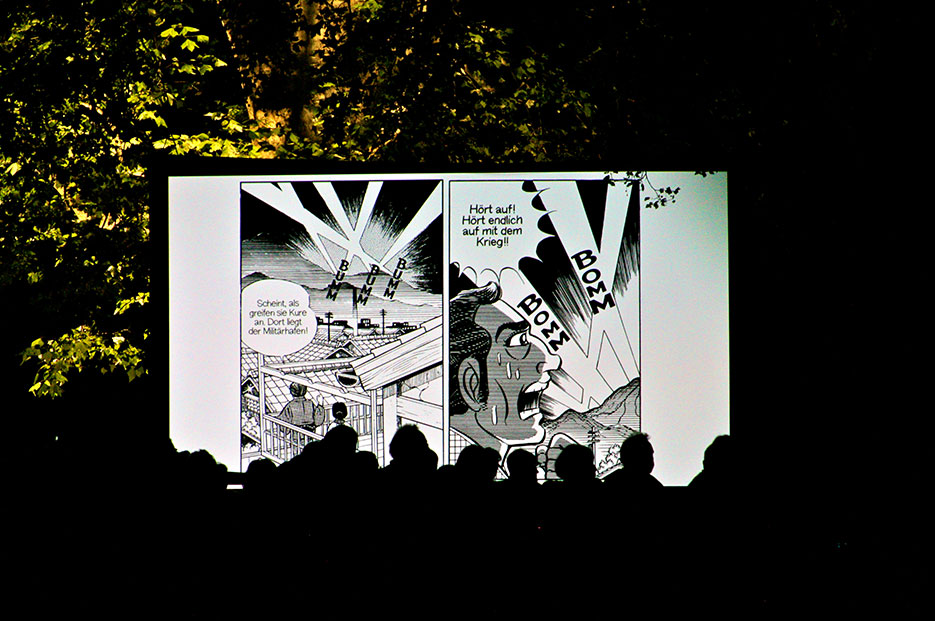 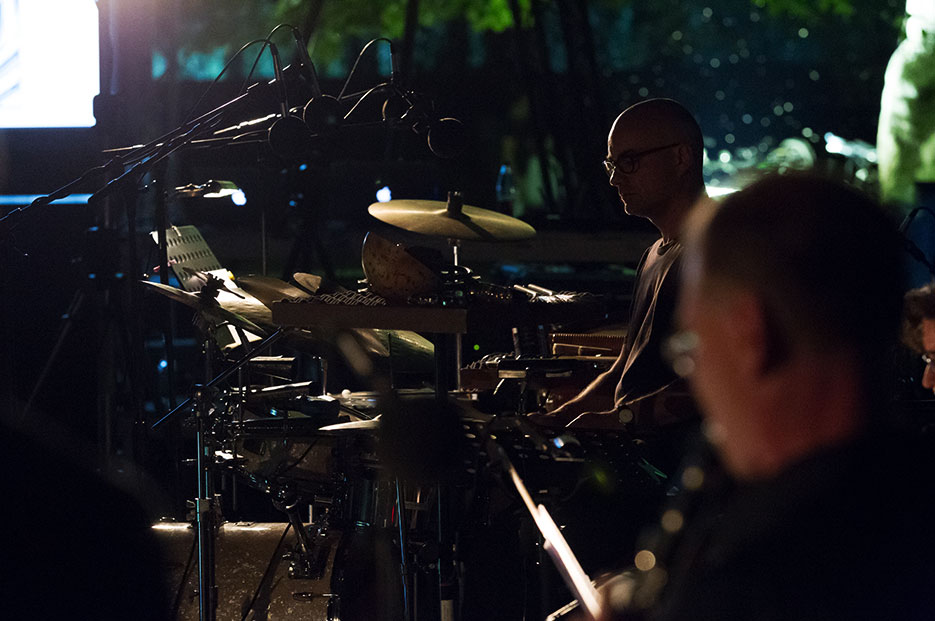 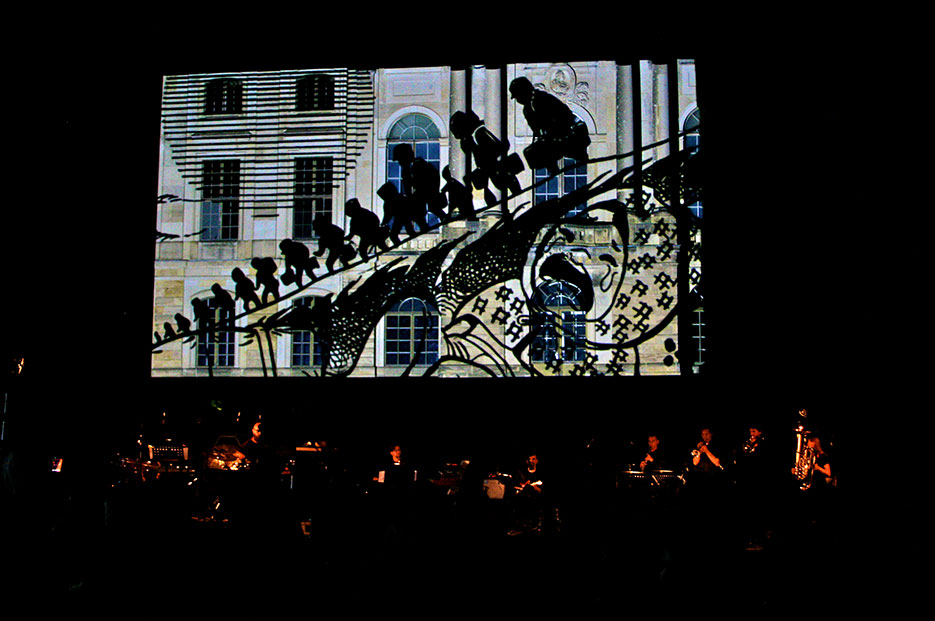 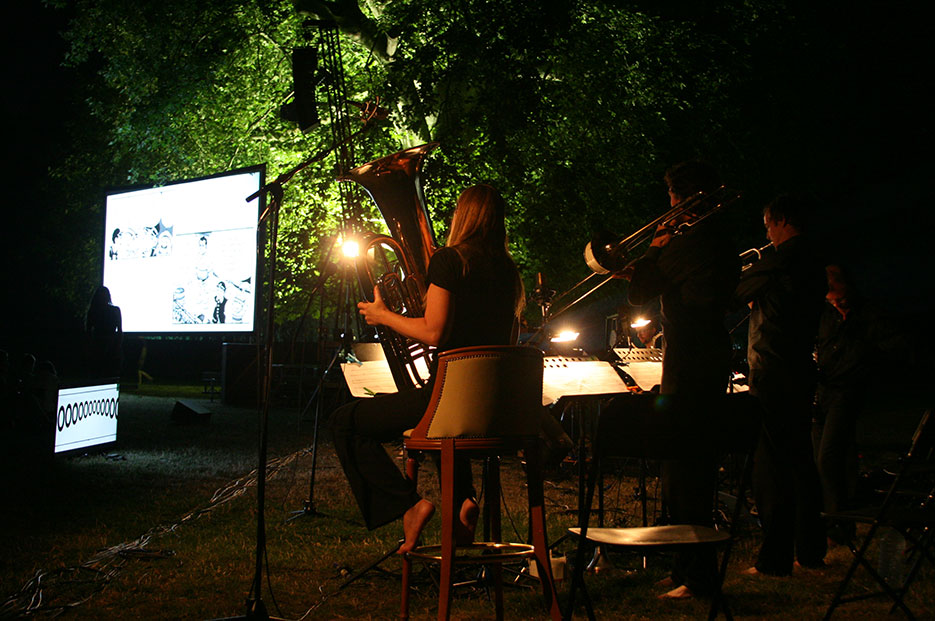 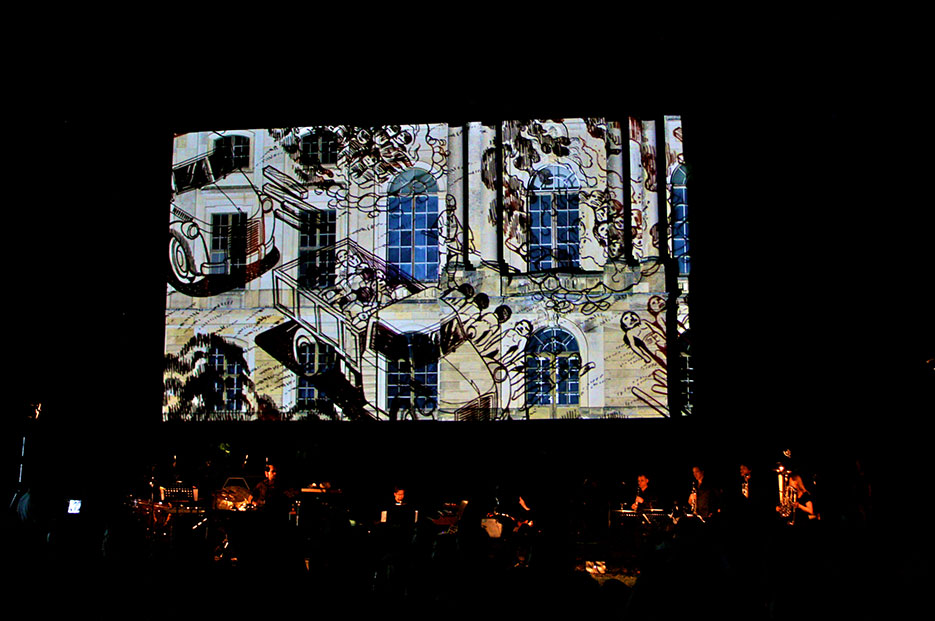