In cooperation with Kampnagel and Elbphilharmonie the Dresdner Sinfoniker opened the Hamburg Summer of Culture with a spectacular skyscraper concert on 17 July. The setting for the Sky Above Hamburg was impressive: sixteen alphorns, nine trumpets, four tubas and four Chinese Dà Gǔ drums played from the high-rises of the Lenzsiedlung in the Stellingen district. On the roofs at the height of 40 meters and below on the Tiefenstaaken sports field, where the four drums and percussion formed the sound foundation. The sports field was also where the audience took their seats. For the complete surround sound, additional alphorn quartets played from behind the audience. The evening compositions took advantage of the large distances between the players, showcasing the alphorns aural range.

The evening started with a fanfare written by the film composer John Williams for the 1984 Olympics. The following composition by the Venetian Giovanni Gabrieli was written 400 years earlier, with brass groups sending chords and virtuosic ornamentation from skyscraper to skyscraper. The climax of the evening was a work by Markus Lehmann-Horn, written by the composer especially for the concert series Himmel über… (Sky above…). Already in the morning, the concert’s 33 musicians played in small groups in the courtyards of the Lenzsiedlung, inviting the residents to the evening’s show.

A production of the Dresdner Sinfoniker in cooperation with Kampnagel and Elbphilharmonie Hamburg. With the kind support of the Grün-Weiß Eimsbüttel sports club and the SAGA housing association. 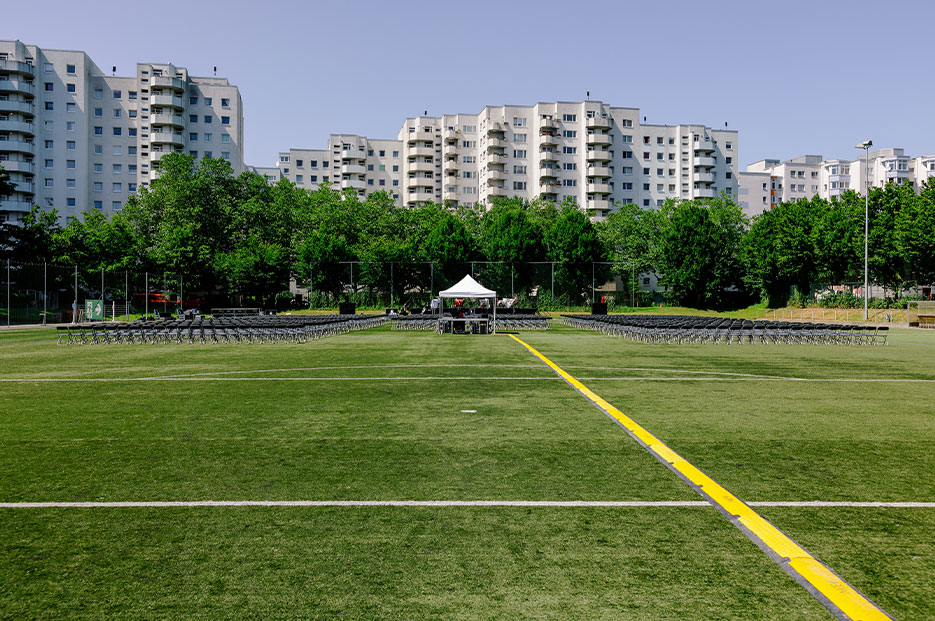 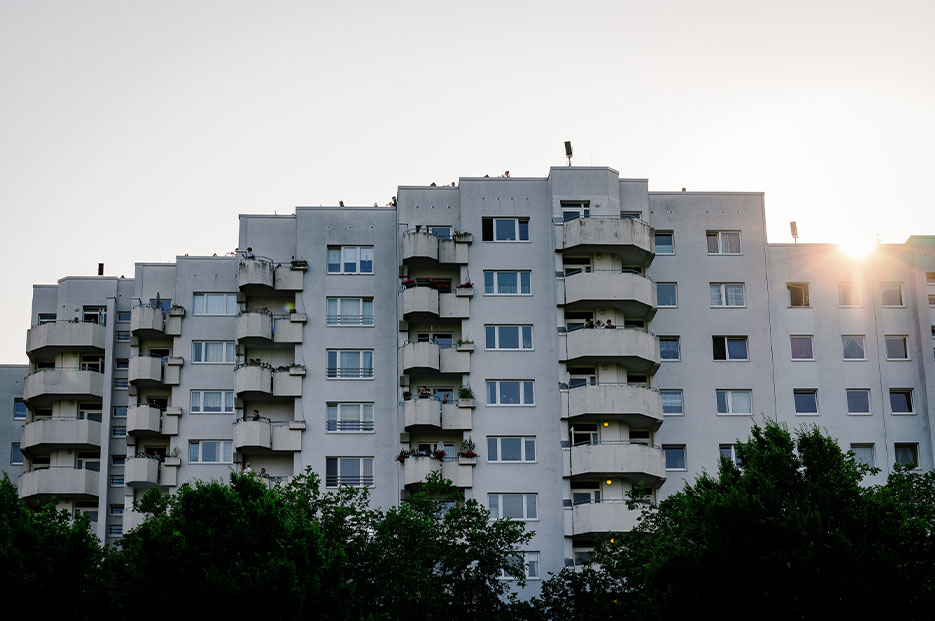 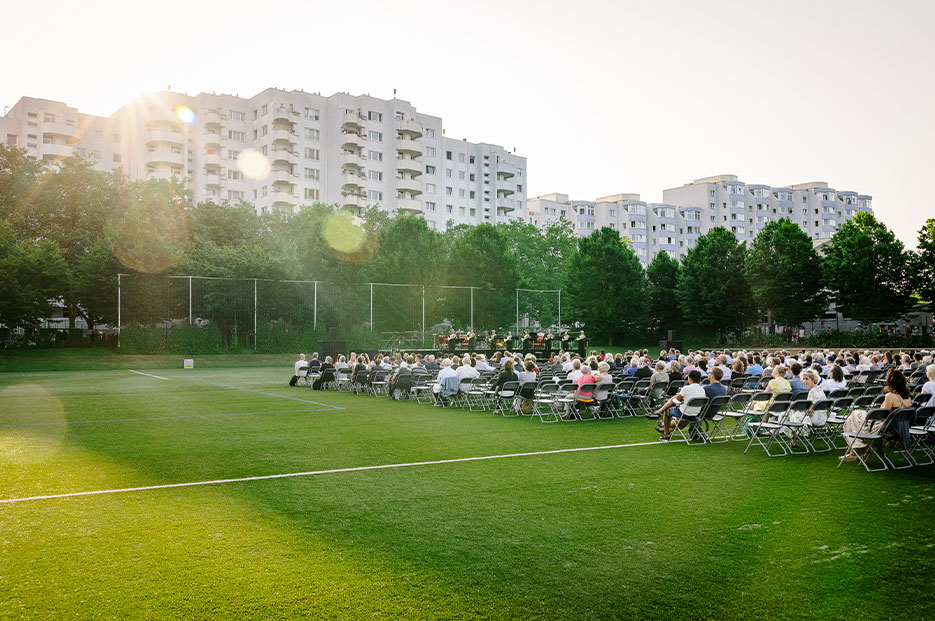 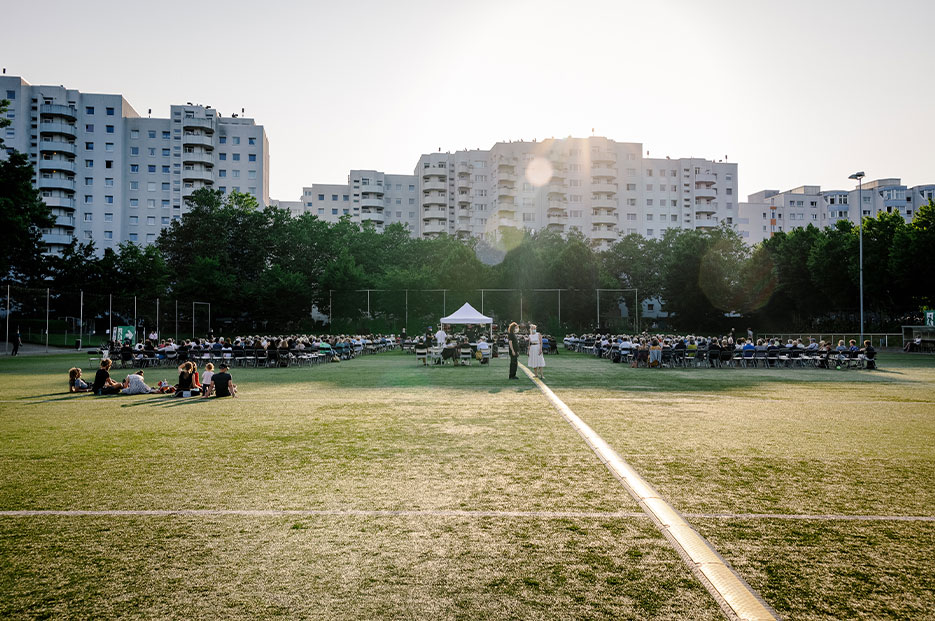 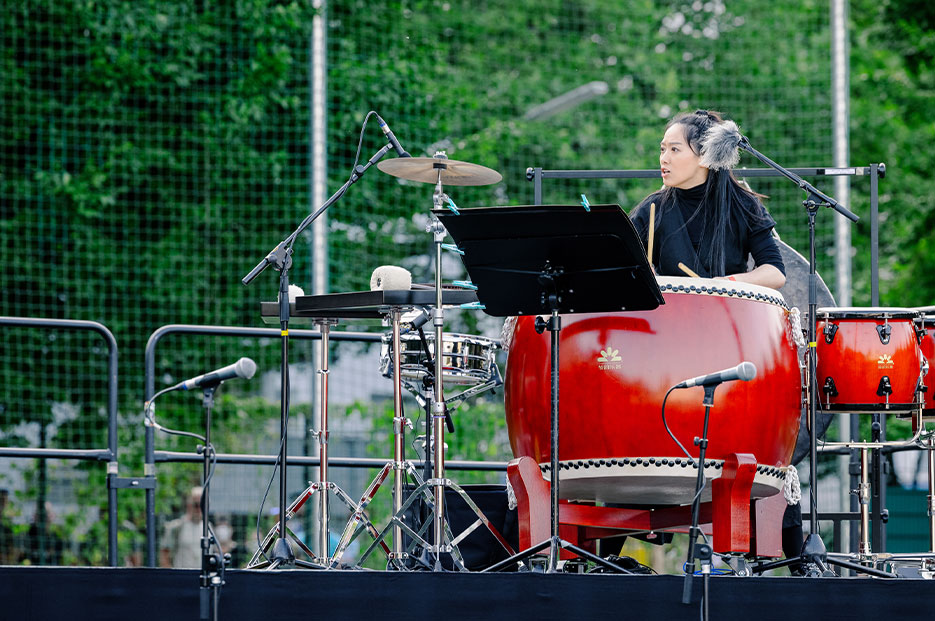 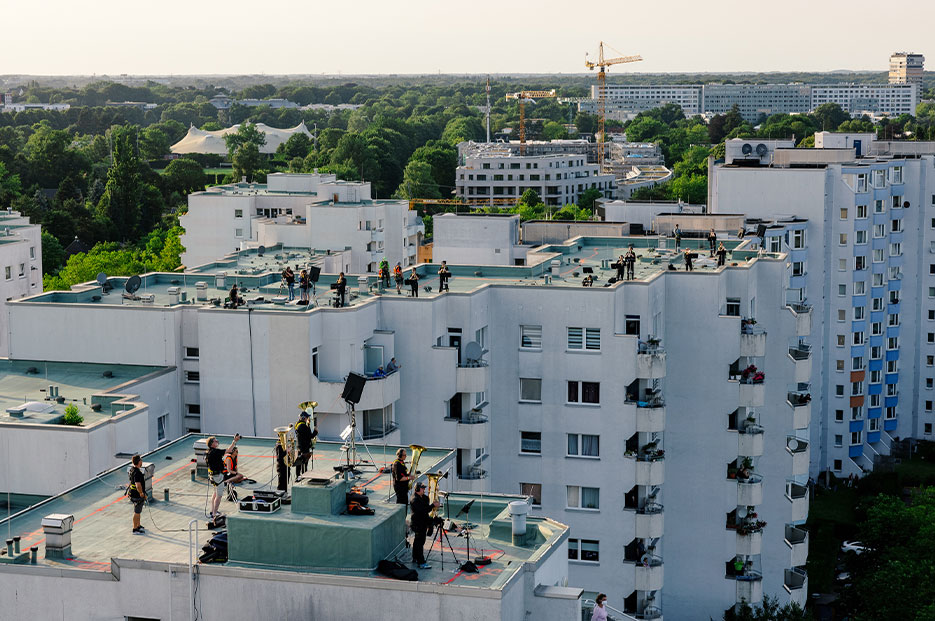 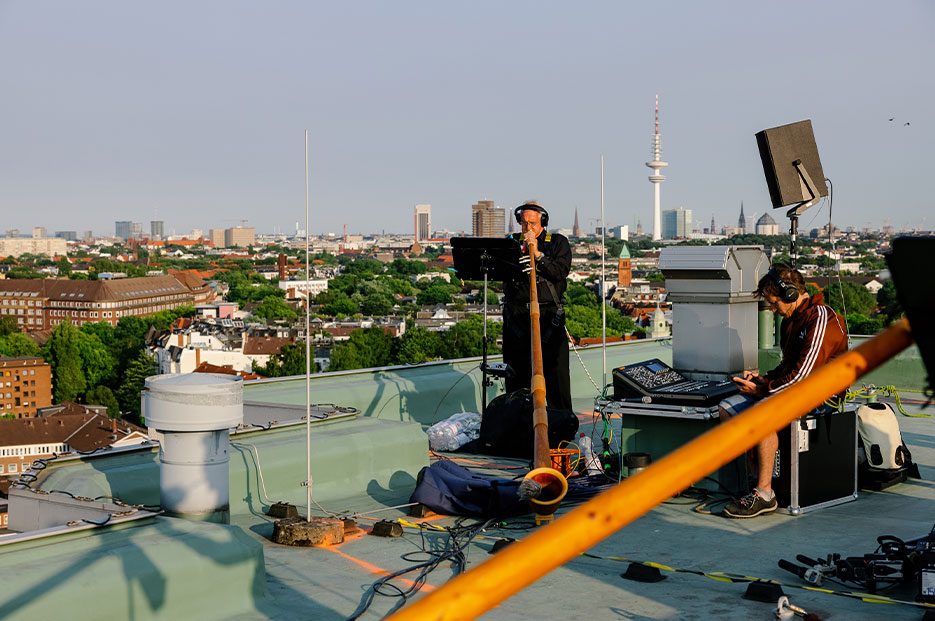 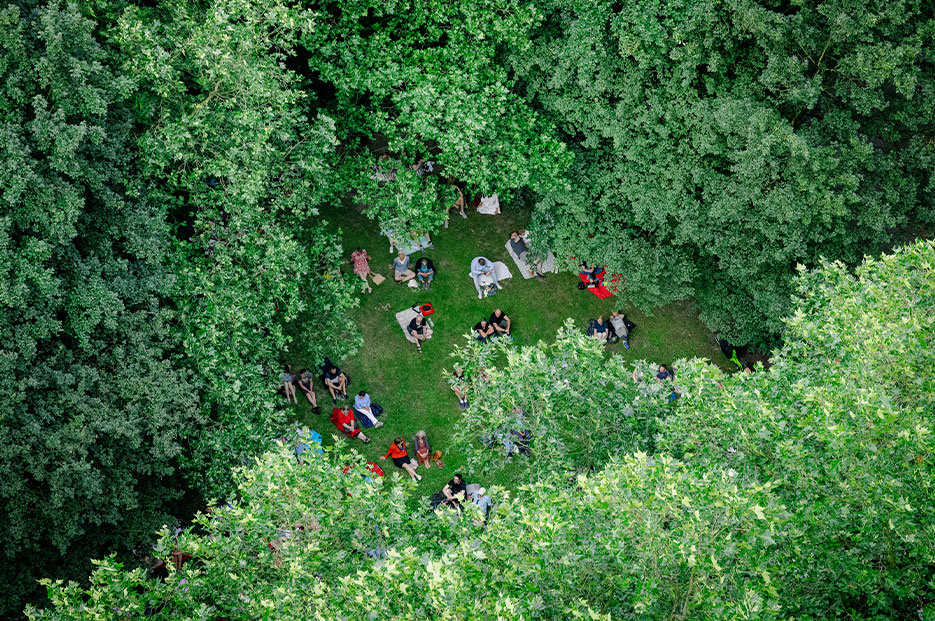 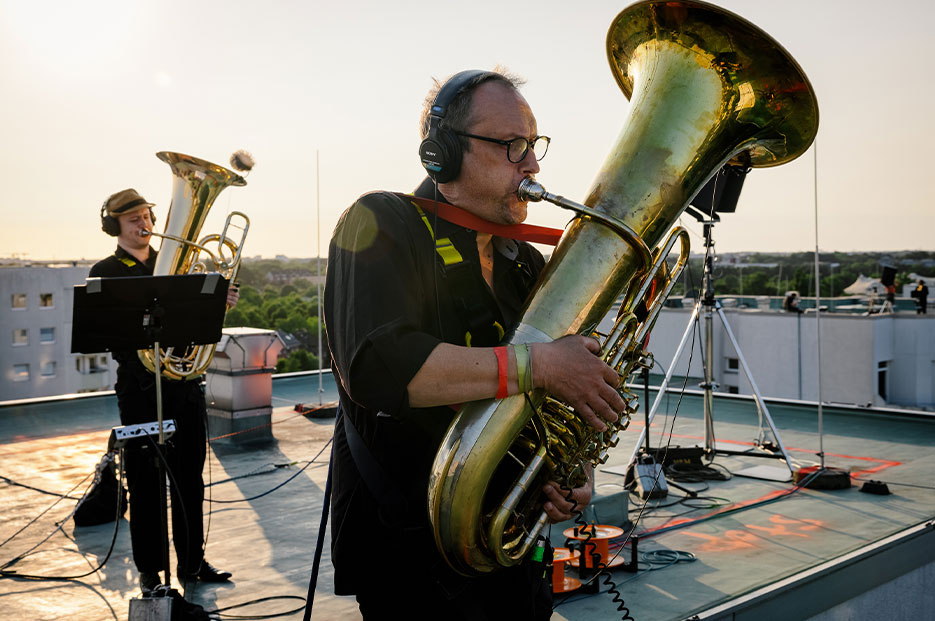 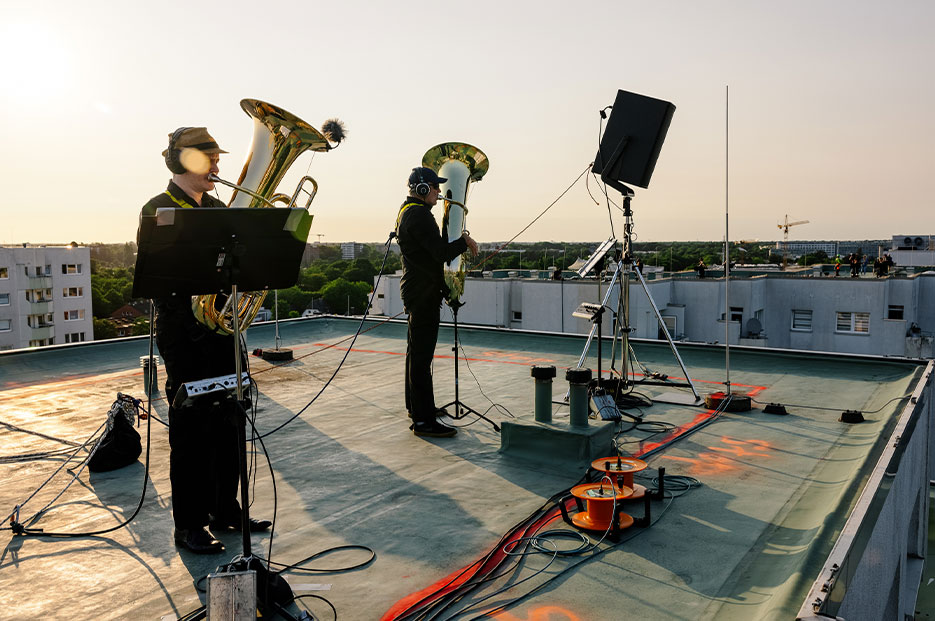 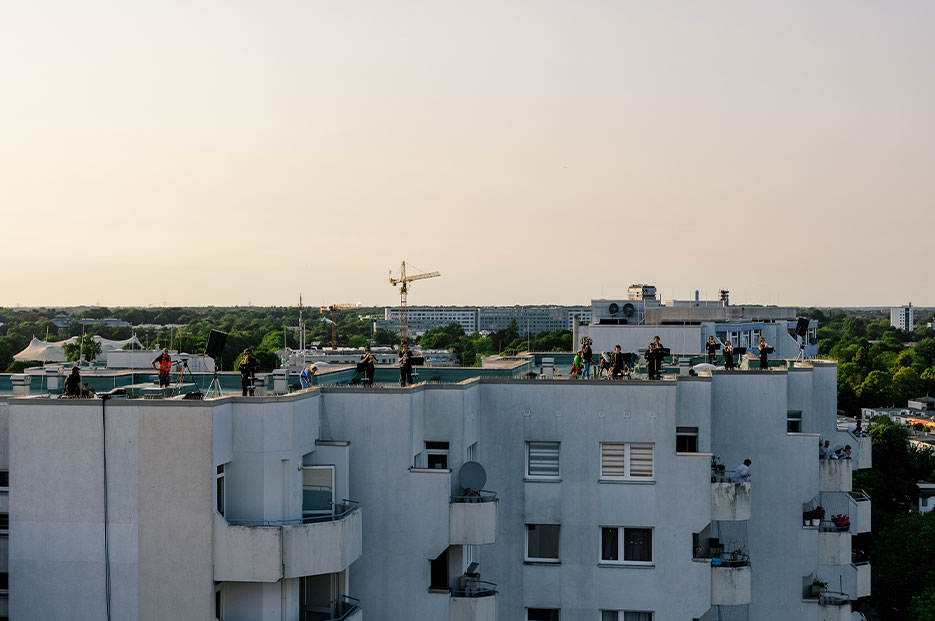 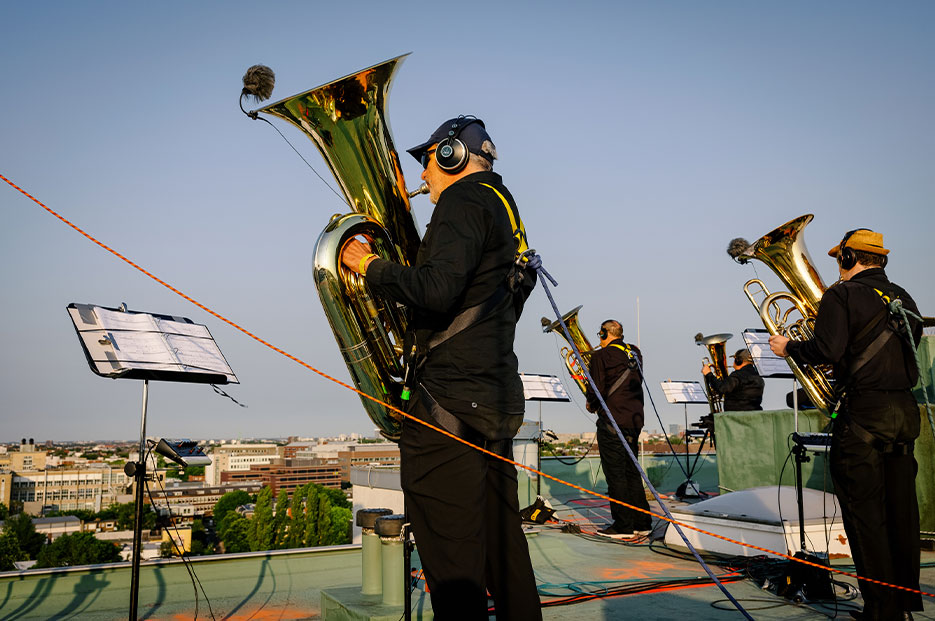 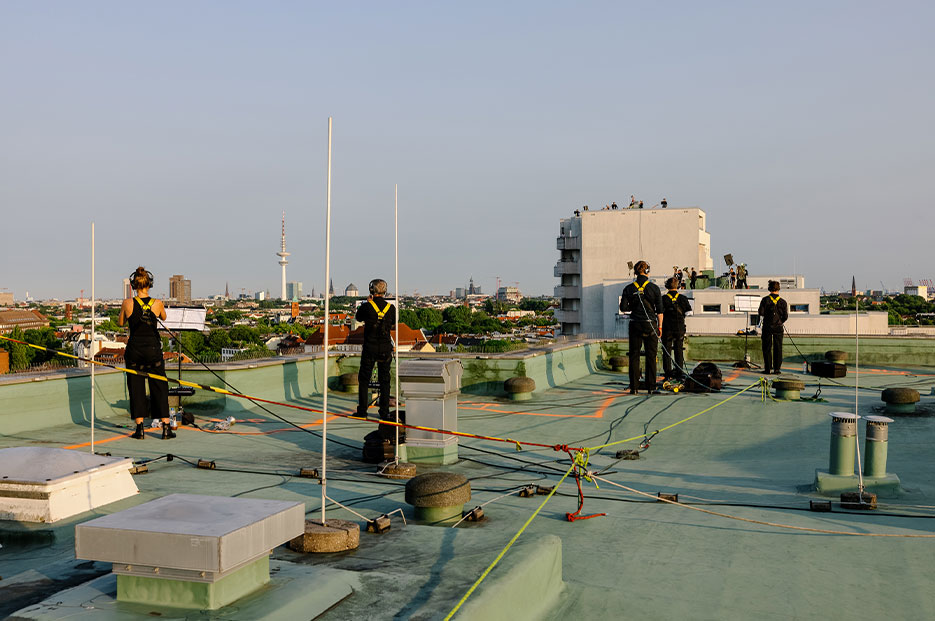 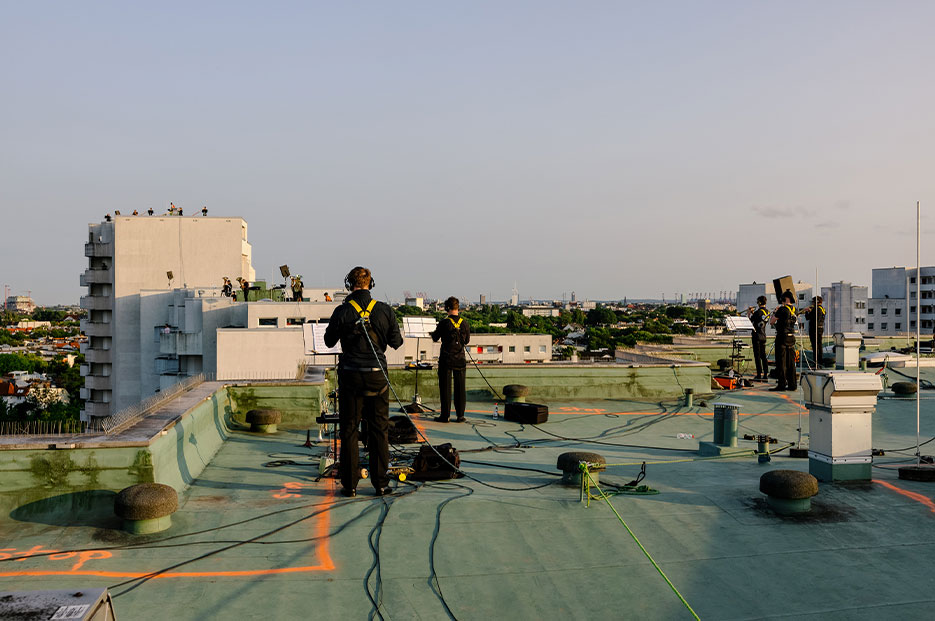