No stage, no orchestra pit and no narrow rows of chairs – the Dresdner Sinfoniker had chosen Europe’s largest inhabited prefabricated building as the concert venue, measuring 37 metres high and 240 metres long. The musicians were spread over 43 illuminated balconies and the British pop duo Pet Shop Boys positioned above the screen, on which Eisenstein’s ” Battleship Potemkin” flickered. And as if that wasn’t enough, US-American conductor Jonathan Stockhammer hovered in a crane basket high above the former GDR boulevard setting the pace for the musicians. More than 10,000 people stood directly in front and watched the unusual spectacle from Prager Strasse.

But before Eisenstein’s silent film classic ” Battleship Potemkin” was screened between the balconies, original sequences and photos of the historical GDR and the square between Dresden Central Station and Altmarkt were projected onto the facade of the building. The location for the multimedia spectacle of film, light and music was carefully selected. Through its varied history and its role as a focal point during the political changes in 1989, the Prager Straße is a truly historic place, which reinforces the effect of Eisenstein’s film.

Events from that period were reflected through pictures from surveillance cameras and the archives of Dresden’s citizens, some of whom still live on Prager Strasse today, showing that here history is not extinct, but very much alive. The music for the “Hochhaussinfonie” was created by Neil Tennant and Chris Lowe together with the Dresdner Sinfonikern in 2004. It is a mixture of the electronic, pop-oriented sounds with which the “Pet Shop Boys” made a name for themselves worldwide selling more than 30 million records, as well as the depth and richness of a classical yet modern ensemble. After Edmund Meisel and Dmitri Shostakovich, this is now the third official scoring of the film, which was premiered by the Dresdner Sinfoniker in September 2004 in front of 35,000 spectators in London’s Trafalgar Square. 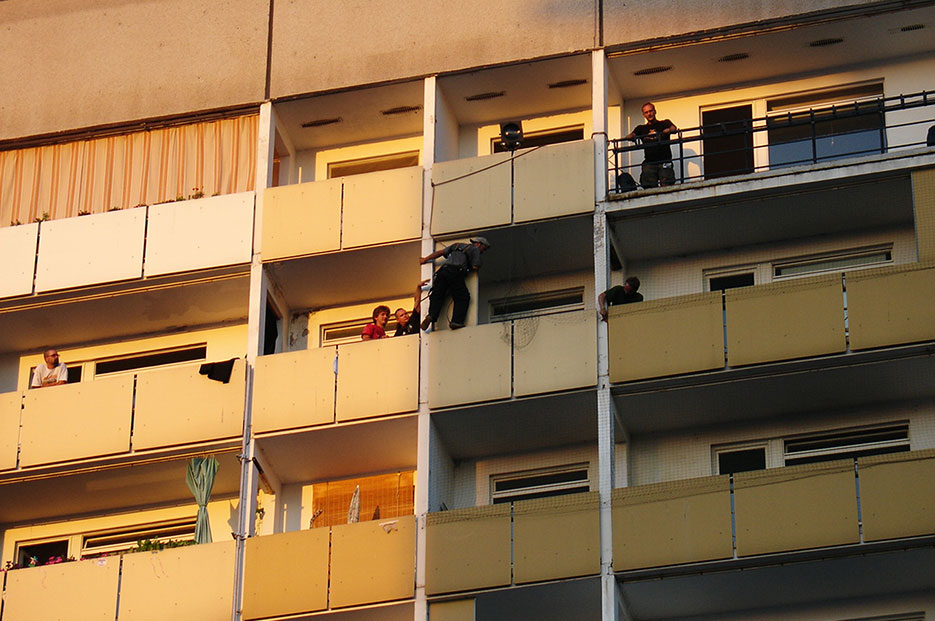 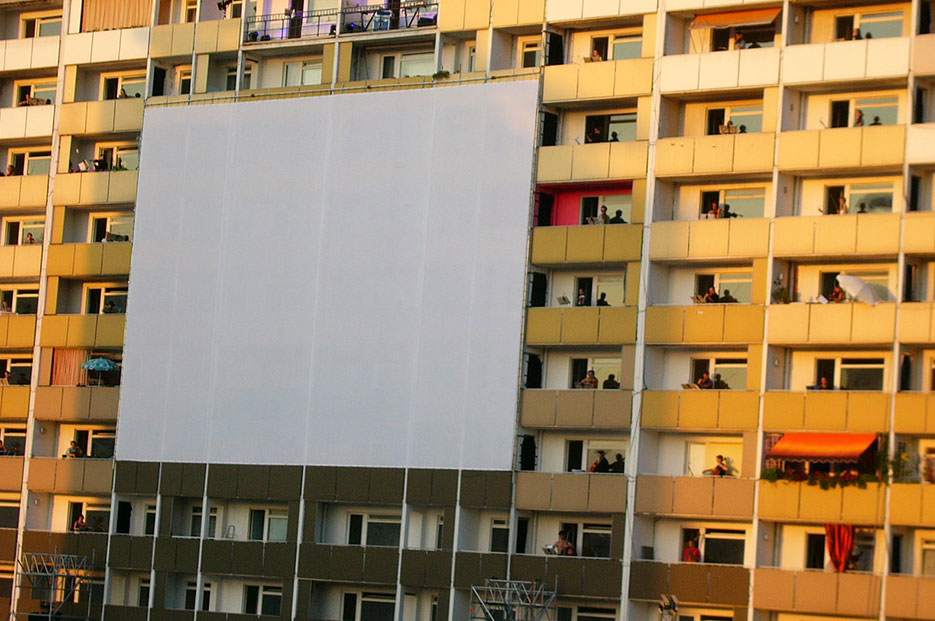 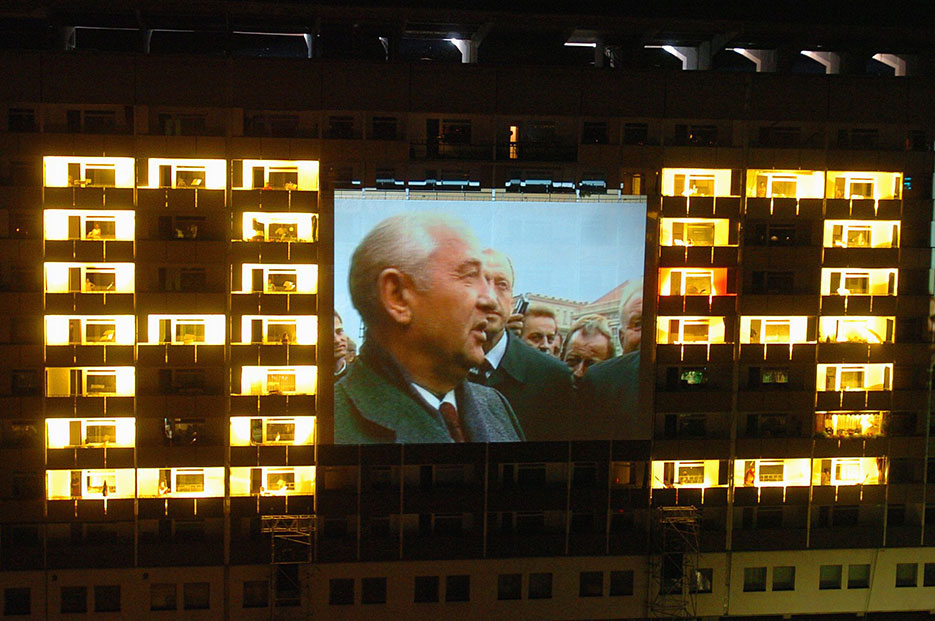 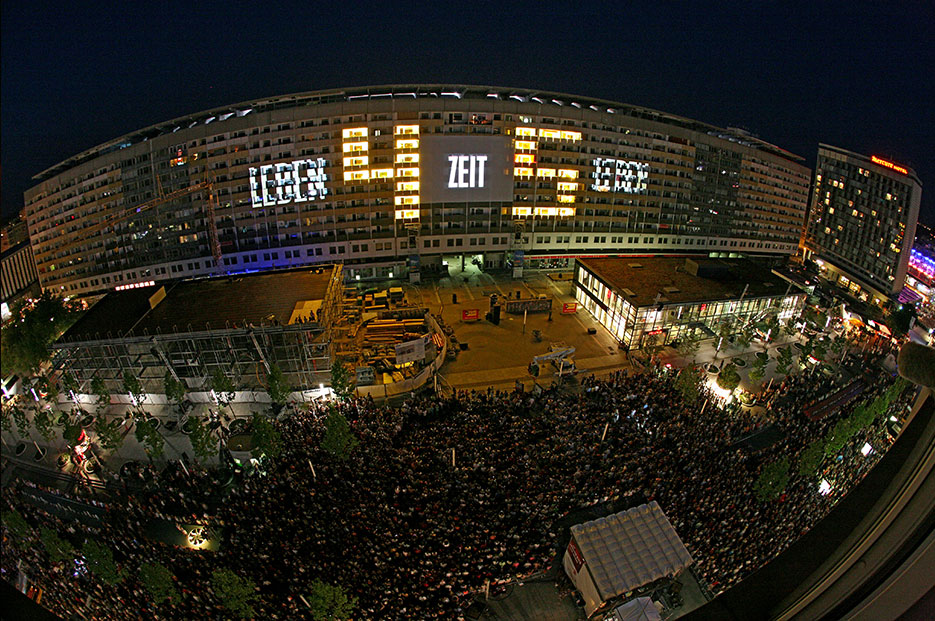 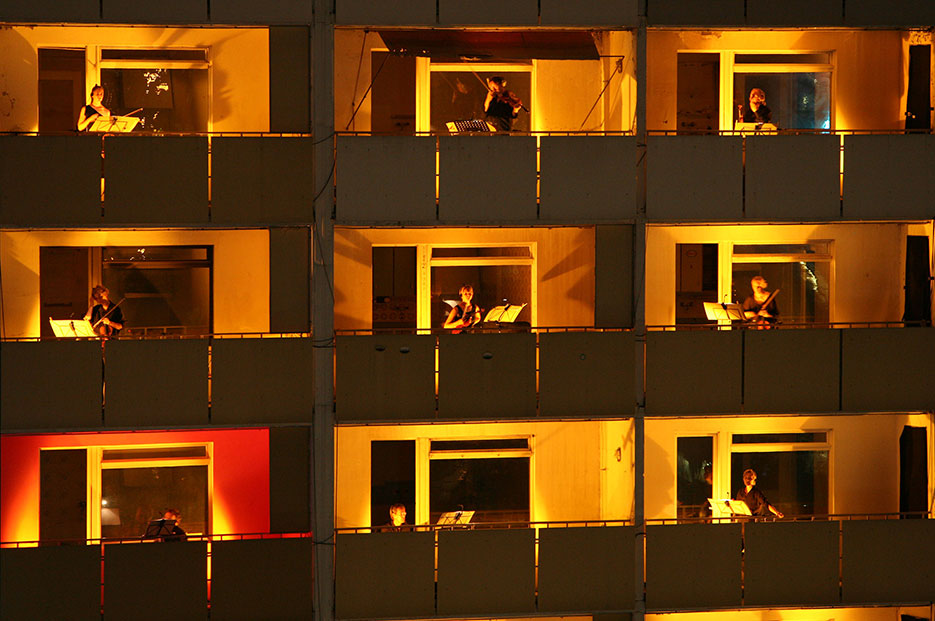 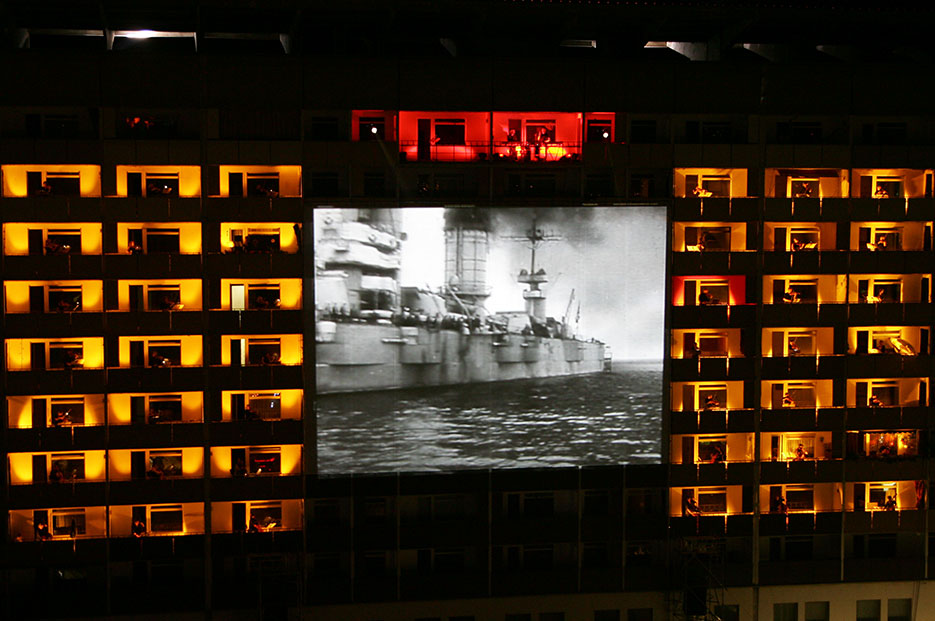 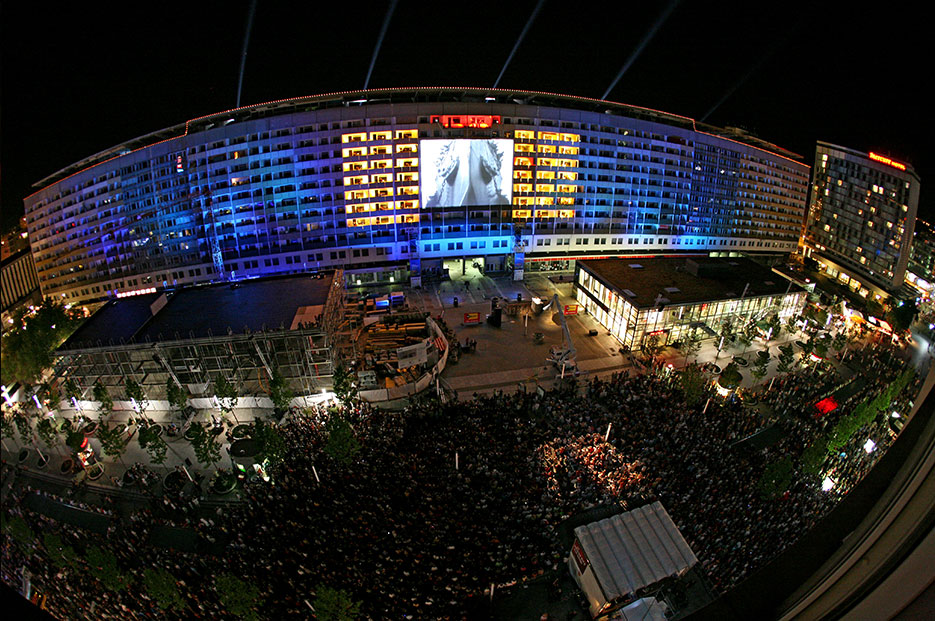