10th anniversary of the Dresdner Sinfoniker

Since their foundation, the Dresdner Sinfoniker have caused a stir with spectacular projects. But on the occasion of their tenth birthday, the orchestra had come up with a truly special event: a remotely conducted orchestra.

Conductor Michael Helmrath, conducted the orchestra live from the banks of the Thames via satellite. Accompanying  him in London, a barrel organ player performed the Star Wars overture. Broadcast on a transparent screen at the Kulturpalast Dresden, together they played alongside Dresdner Sinfoniker. For the Dresden audience Michael Helmrath was the distant conductor, while the Londoners must have thought he and his barrel-organist were street musicians.

After this futuristic entrée, the Estonian conductor Olari Elts took over the direction of the further, no less exciting programme in Dresden: 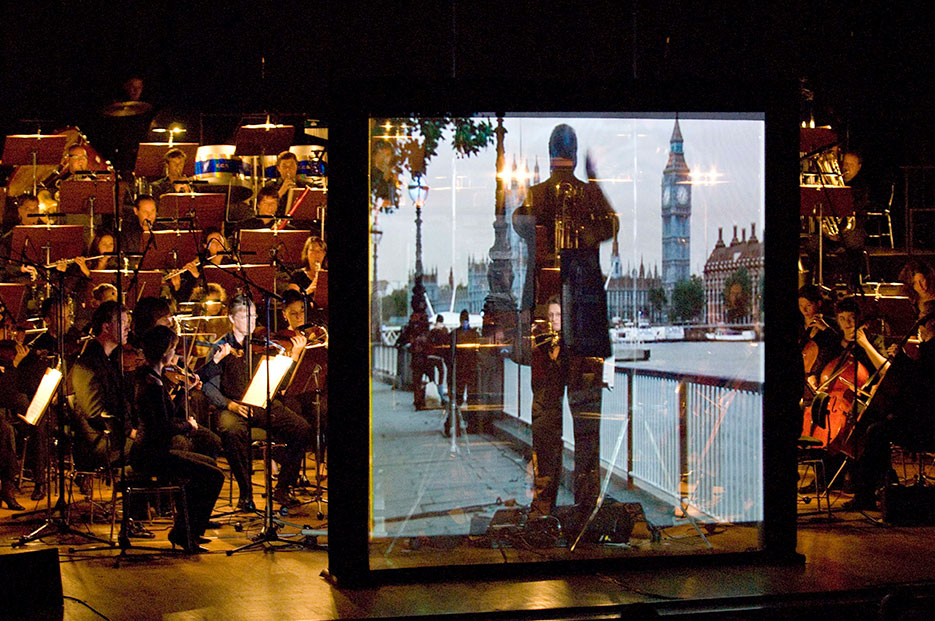 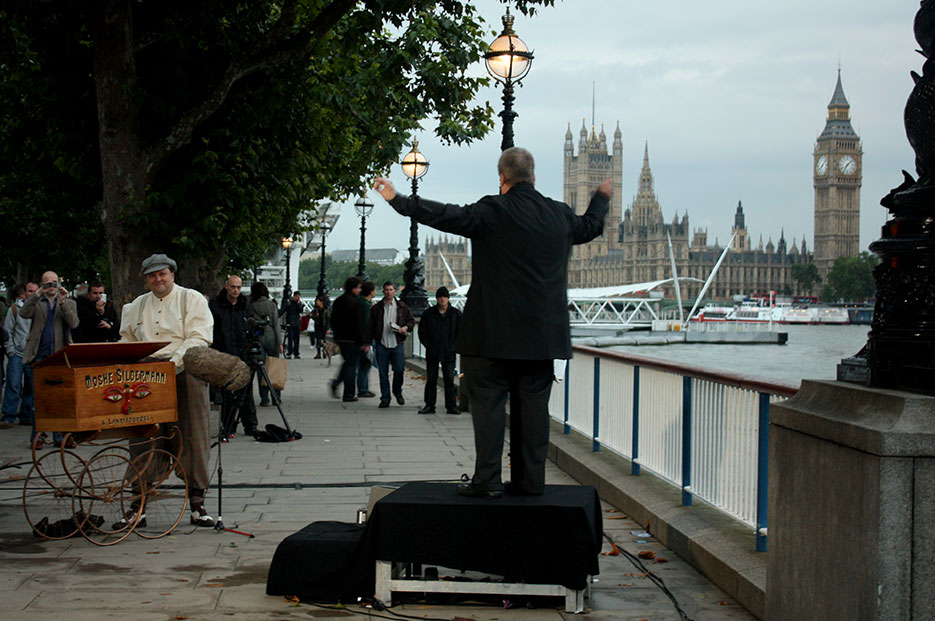 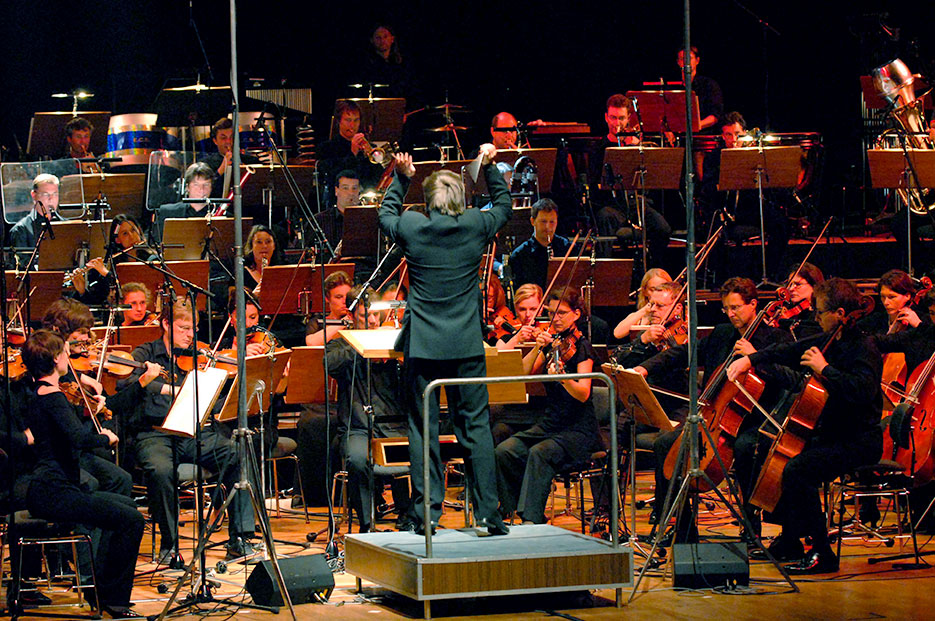