When the Dresdner Sinfoniker embarked on the Elbkarawane in 2021, a year marked by the Corona pandemic, they engaged with their audience as intensively as in few previous projects: The musicians set sail from Dresden-Pillnitz in small groups. On their way to Dresden city centre, they met their audience at landing stages and Elbe beaches and gave small concerts. Spectators could follow the caravan on bicycles or boats and make musical discoveries.

When the caravan arrived in Dresden’s old town, a vast working pontoon converted into a concert podium received all the musicians. The concert visitors, who had spread out on the Königsufer on the Elbe meadow, were treated to a magnificent scenery: behind the orchestra on its floating stage, the impressive Dresden Old Town was not the only thing towering above them. Especially for the first piece on the concert’s programme, five historic steamships had moved into position.

Pianist and composer Andreas Gundlach wrote the opening piece for highly unusual instrumentation: In Vapora Fortis, he uses the steam whistles of five Dresden passenger steamships in addition to winds, strings and percussion. Their role in the concert piece is quite soloistic. They begin conversations with individual orchestral instruments, blend into sound clusters or mark the rhythm of the whole orchestra with targeted steam blasts. This world premiere was followed by another world premiere of the work Being by Michael Torke, one of the leading American composers of his generation. 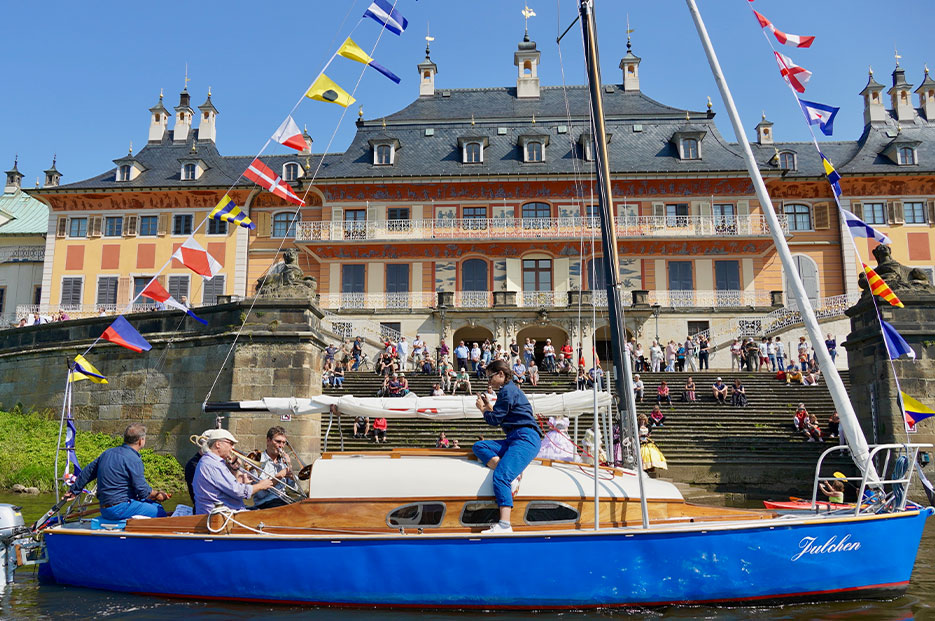 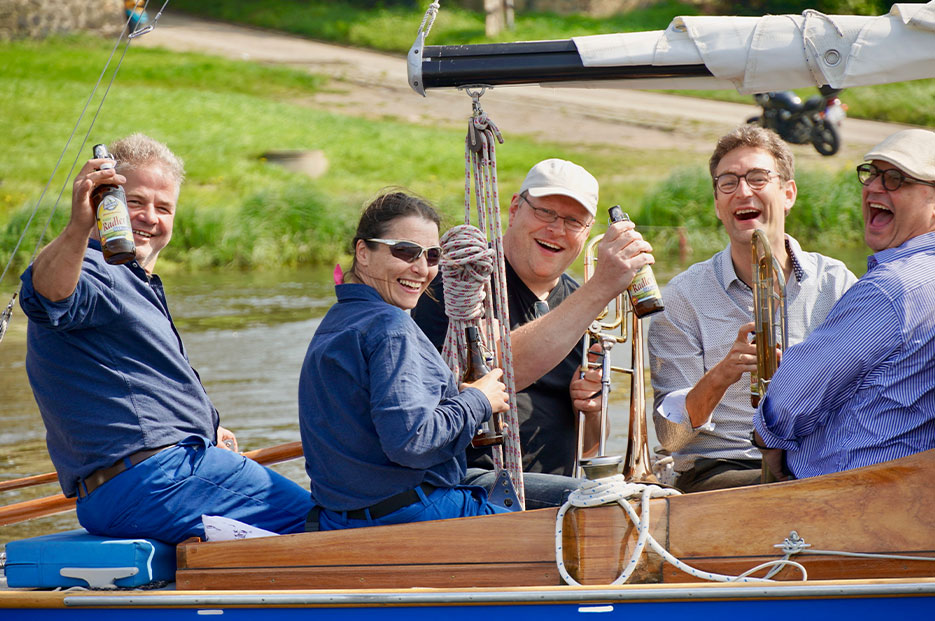 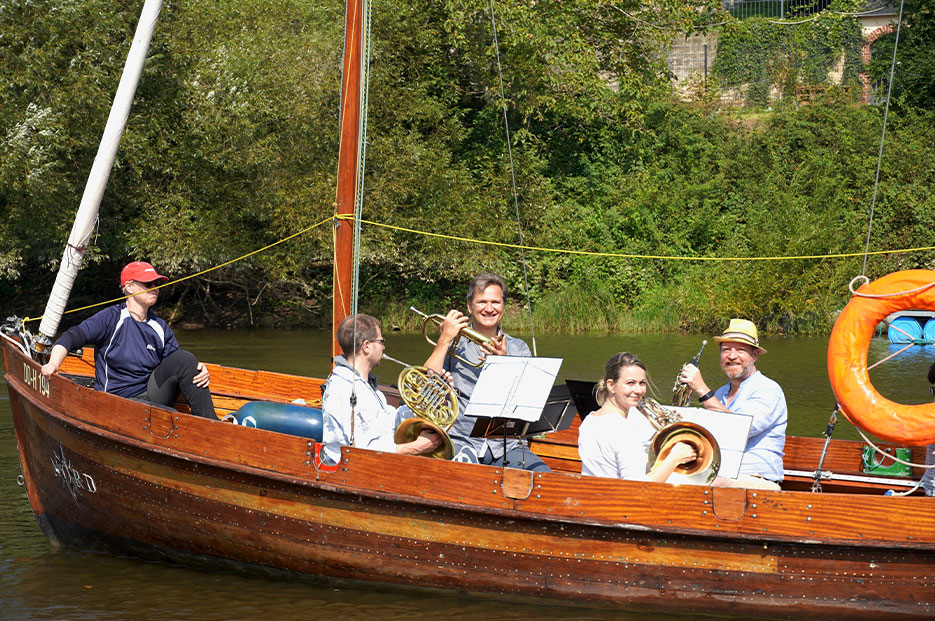 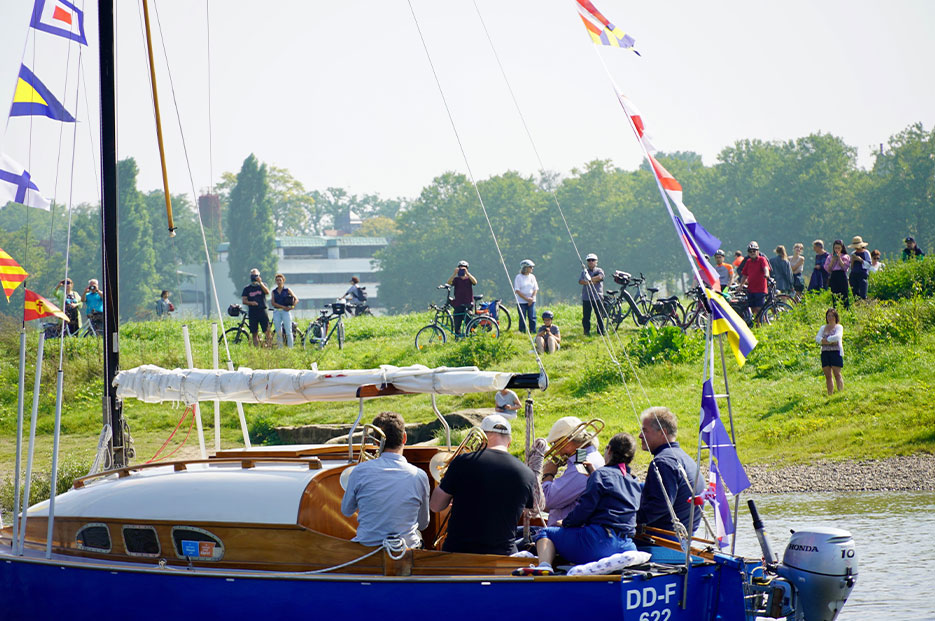 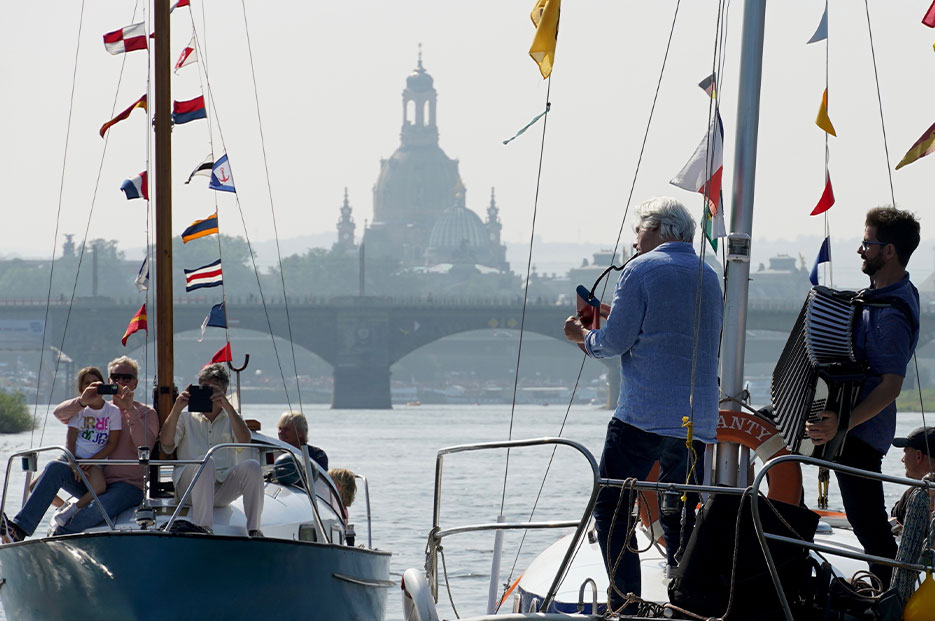 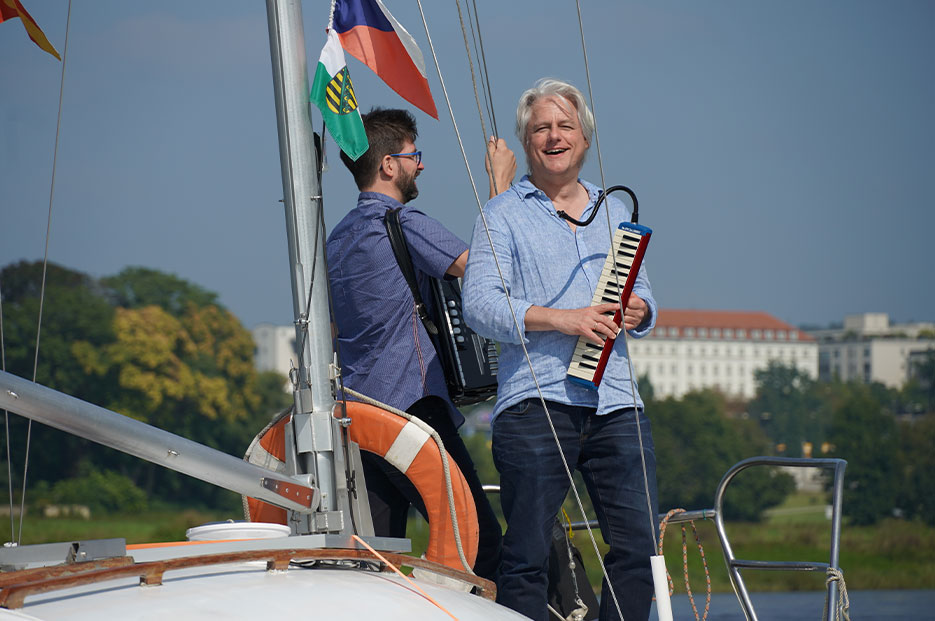 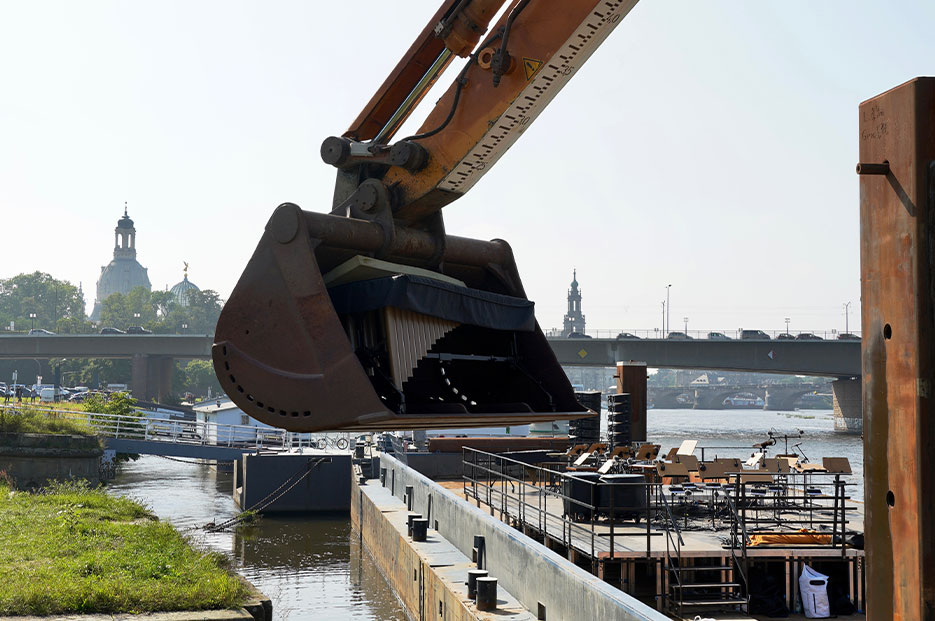 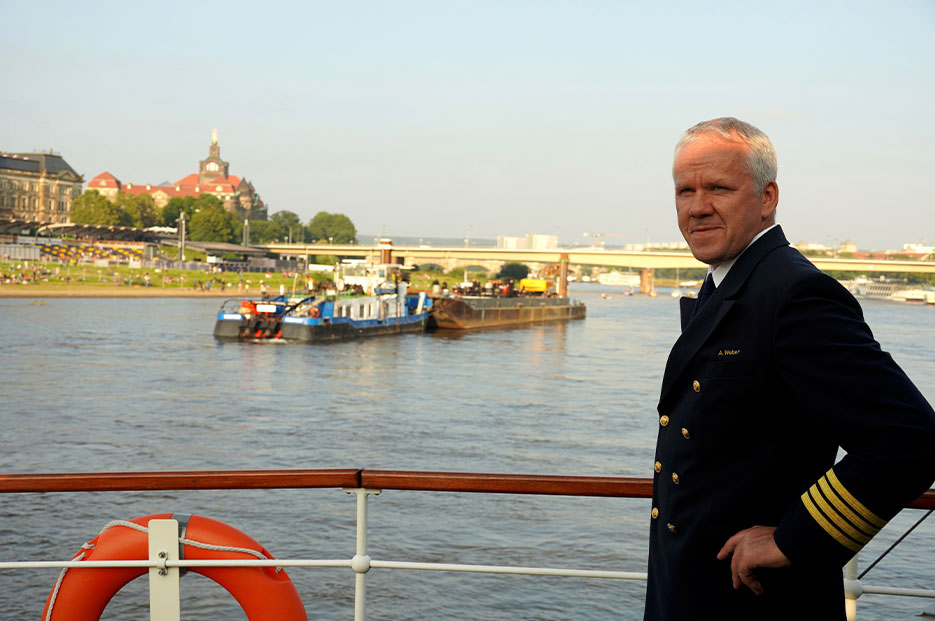 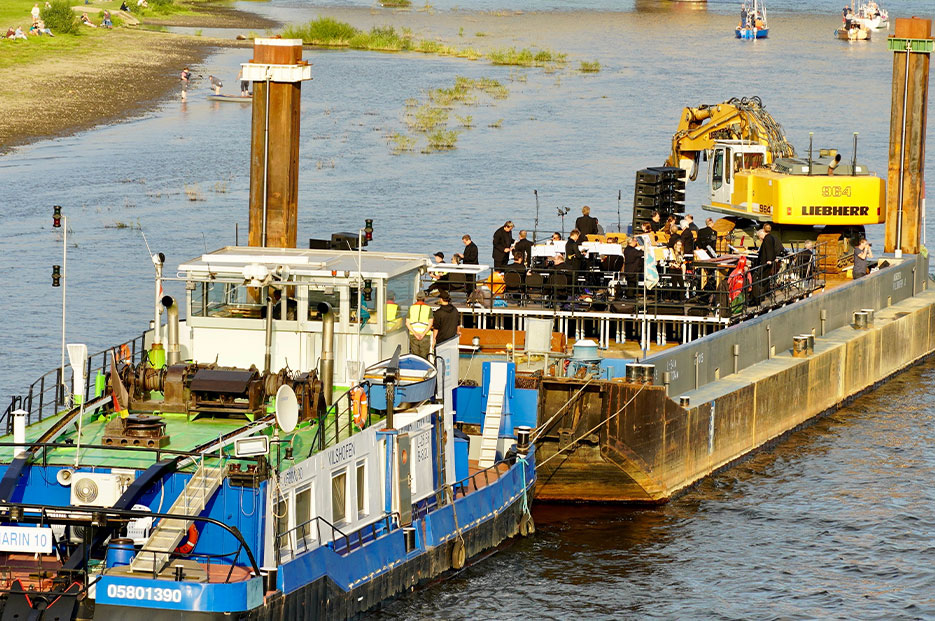 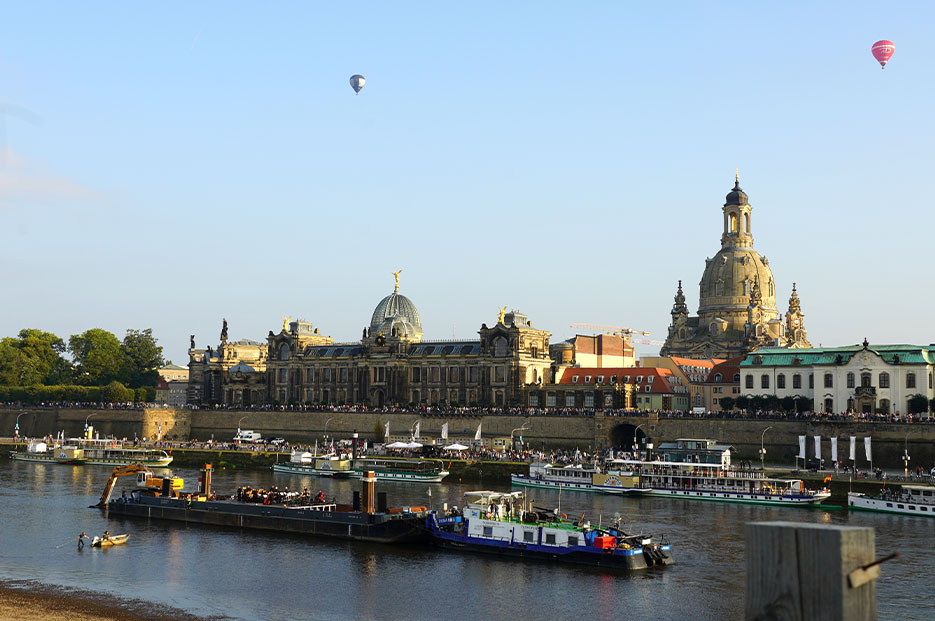 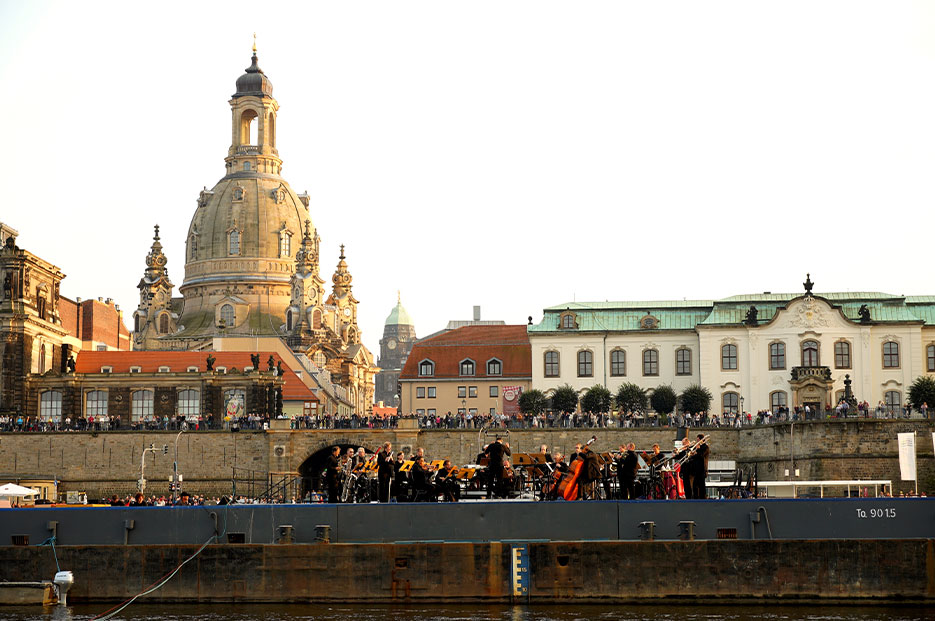 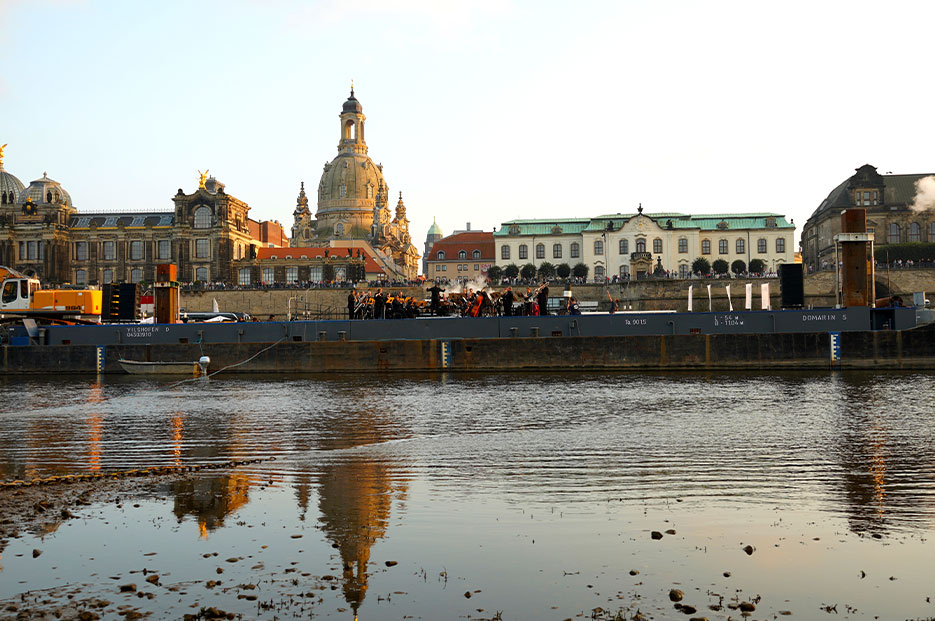