“…I am the open wound between
Orient and Occident.”

To commemorate the hundredth anniversary of the Armenian Genocide, the Dresdner Sinfoniker and guitarist Marc Sinan conceived the concert project aghet – ağıt which successfully premiered in RADIALSYSTEM V in Berlin in November 2015, dedicated to Sinan’s grandmother Vahide, a survivor of the genocide. The production was again performed at Festspielhaus Hellerau, in April, 2016 and in cooperation with the No Borders Orchestra the show toured further to Belgrade in Serbia and Yerevan in Armenia in November of the same year.

In Turkish, the term ağıt means mournful song, while aghet is the word used by the Armenians to describe the tragedy that befell them in 1915. The concert attracted considerable international attention with the Turkish ambassador to the EU calling on the EU Commission to halt the project.

During the conflict, leading Armenian intellectuals in the Ottoman Empire were arrested in Istanbul –resulting in deportations of Armenians throughout Anatolia, mass murder and death marches into the Syrian desert, with an estimated 1.5 million people being killed. To this day Turks and Armenians cannot agree on a common narrative that would allow for an unambiguous description of these events. As the most important Turkish ally during the First World War, the German Empire was also embroiled in these criminal acts, yet the German Foreign Ministry ignored all reports about deportations and slaughter.

The Dresdner Sinfoniker attempted to achieve reconciliation with their concerts and were joined by musicians from Turkey, Armenia and Germany, as well as members of the No Borders Orchestra, (which is also a reconciliation project, bringing together musicians from the former Yugoslav states). Two commissioned works by Zeynep Gedizlioğlu (Turkey) and Helmut Oehring (Germany) and the viola-duduk double concerto Surgite Gloriae by Armenian composer Vache Sharafyan formed the core of this extraordinary commemoration project.

The concert saw the creation of a central orchestra featuring 12 musicians from Germany, Turkey, Armenia, Serbia and Bosnia, as well as mediation activities. These included, a youth theatre performance of Franz Werfel’s novel The 40 Days of Musa Dagh, and the photo exhibition The Bare Life by photojournalists Christoph Püschner and Frank Schultze on the highly topical subject of flight and expulsion. 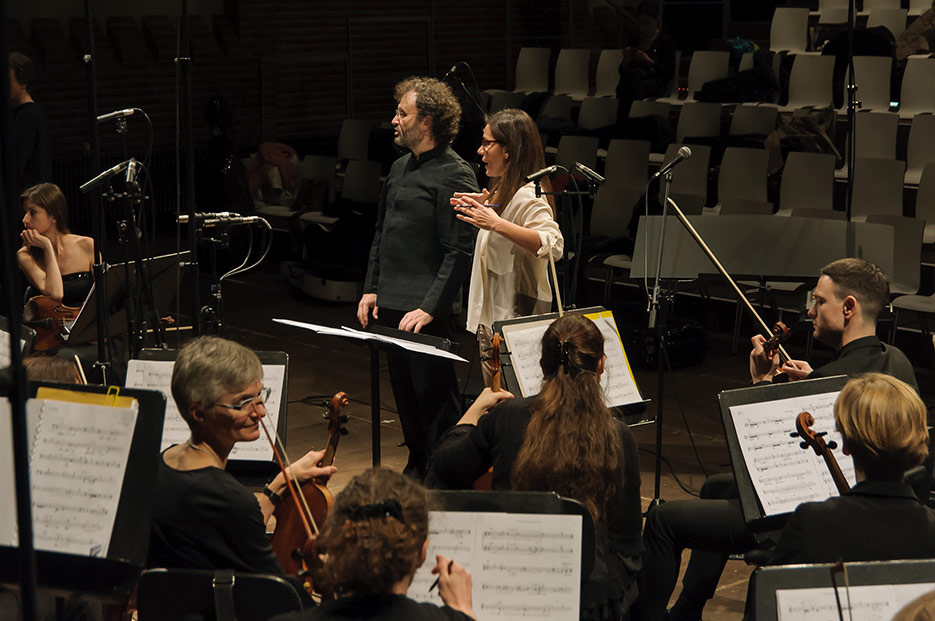 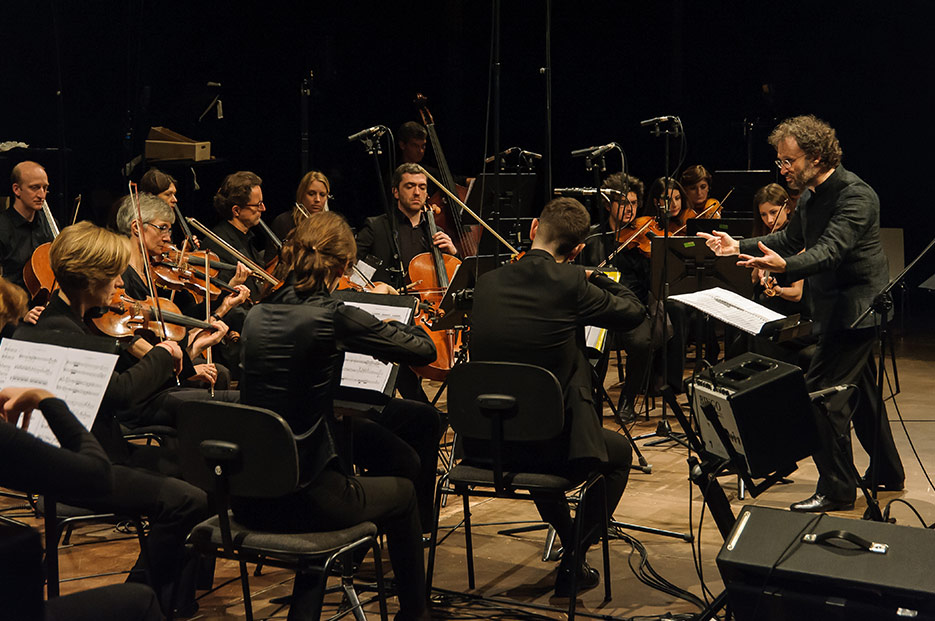 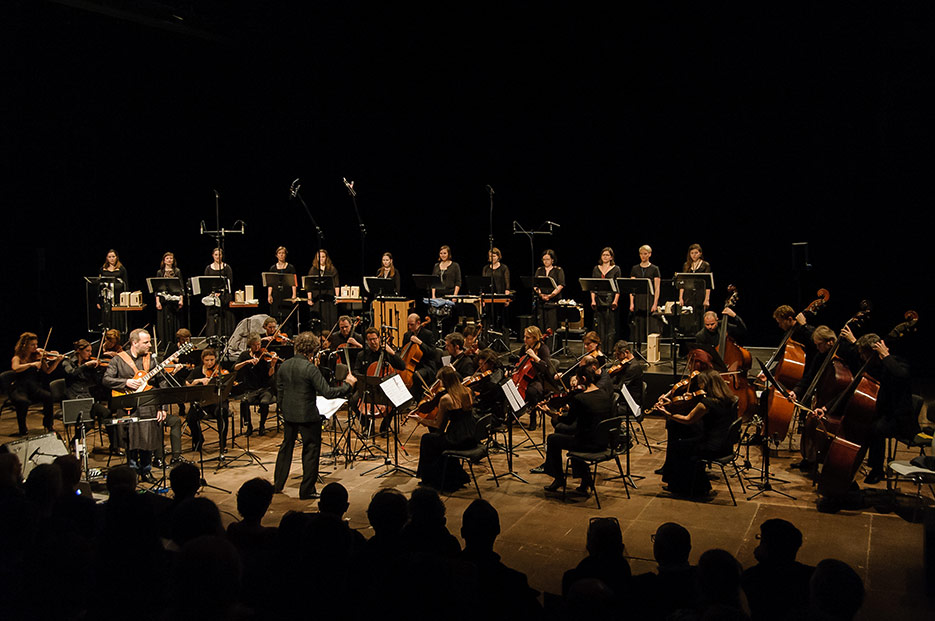 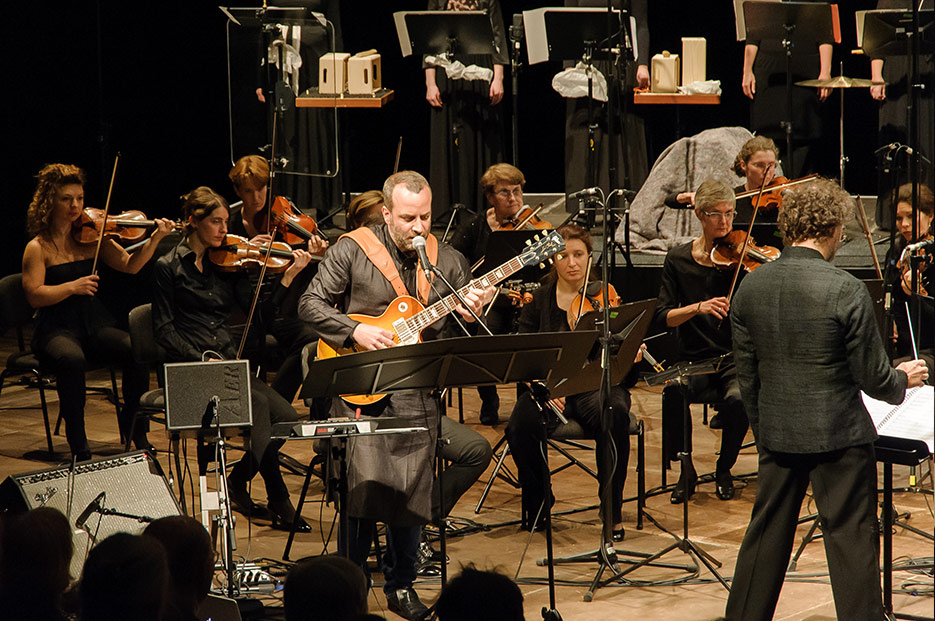 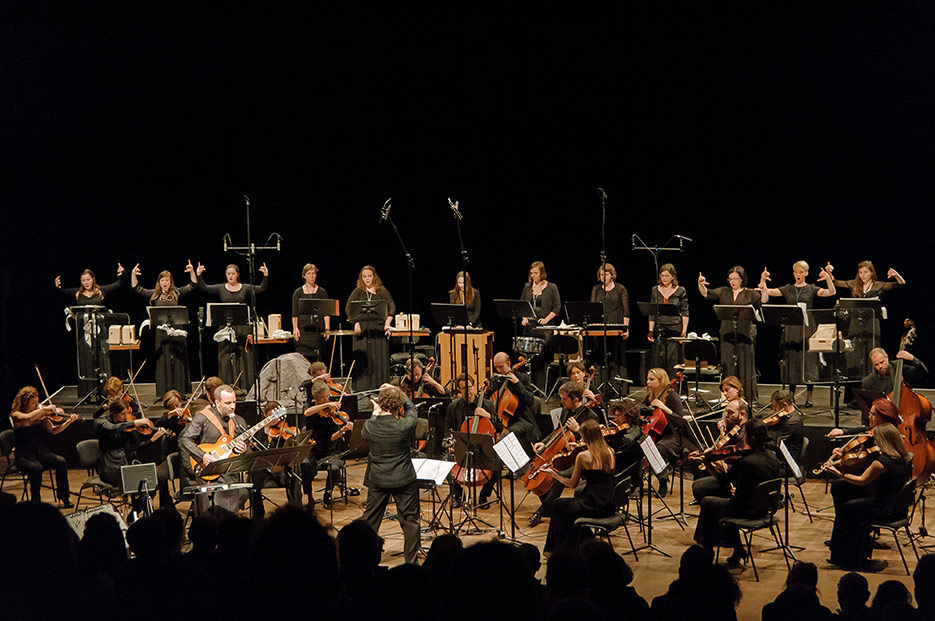 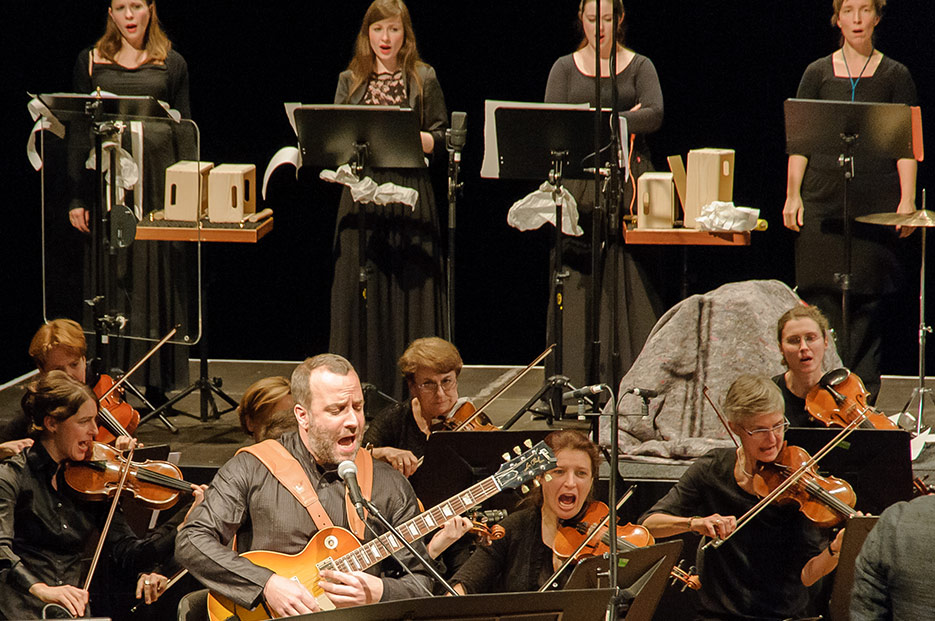 The composer and conductor Andrea Molino was born in Turin and lives in Zurich. From 1996 to 2007, he was musical director of the Pocket Opera … read on

Vache Sharafyan is one of the most renowned Armenian composers with an international reputation. In 1985 he won the prestigious All-Union … read on

Helmut Oehring, born 1961 in East-Berlin, is a self-taught guitarist and composer. Between 1992 and 1994 he was a master-class student … read on

Markus Rindt, artistic director of the Dresden Symphony Orchestra, was born in Magdeburg. He comes from a musical family – his mother was … read on

Marc Sinan is a composer and guitarist with German-Turkish-Armenian roots. In his early youth, he studied with Eliot Fisk and Joaquin Clerch … read on

Araïk Bartikian was born in 1962 in Gavar, Armenia. His grandfather, Ousta Haïrik, was a master from the Sevan area, an accomplished  player on the … read on

Premil Petrović is initiator, chief conductor and artistic director of No Borders Orchestra. He studied conducting under Professor Winfried Müller … read on

Olaf Katzer has been the conductor of the Dresden Chamber Choir since 2011. In addition to his own concerts, he leads rehearsals for Hans-Christoph … read on

Stefanie Wördemann, born near Hamburg in 1974, studied music and German at the HU Berlin and was a founding member of the academy … read on

Carl Thiemt began his musical career in the Dresden children’s and boy’s choirs. Even before his vocal studies, he explored many different musical … read on

“…I am the open wound between
Orient and Occident.”