On 14 June 2019, a new composition was performed at the Festspielhaus Hellerau, the genesis of which was unusual: Andreas Gundlach, composer and pianist, together with children from the Dresden district of Prohlis, developed a contemporary piece which then sounded as the finale of the concert by the Dresdner Sinfoniker. The Neue Meister (“New Masters”) are members of the Musaik Children’s Orchestra, an initiative of the social music project Musaik – Grenzenlos Musizieren e.V. (“Musaik – Music without Borders”), which has been offering free instrumental lessons in Dresden-Prohlis since 2017, based on the South American model of El Sistema. Thirty-five children from this Dresden district worked together with the Dresdner Sinfoniker and composer Andreas Gundlach on the new composition, rehearsed it for several weeks and then performed it together with the Dresdner Sinfoniker in the Festspielhaus Hellerau.

The composition resembles a musical journey, an experiment with an open outcome, oriented towards the skills of the 6-12-year-old participants – and showed them that their commitment and the responsibility they assume as musicians are met with immediate recognition. The different socio-cultural backgrounds of the children were not perceived as a barrier by them – the different mother tongues and cultural experiences were one of the sources of inspiration for the work on the community composition.

Before this extraordinary finale, the Dresdner Sinfoniker played “Shaker Loops” by John Adams, “Musica Celestis” by Aaron Jay Kernis and “Last Round” by the Argentinian composer Osvaldo Golijov under the direction of Serbian conductor Premil Petrović

A production of the Dresdner Sinfoniker in cooperation with Musaik – Grenzenlos Musizieren and Hellerau – Europäisches Zentrum der Künste Dresden. With the kind support of the Robert Bosch Foundation, the Prohlis neighbourhood management and its project “Zu Hause in Prohlis” and the WGS (Wohnungsgenossenschaft “Glückauf” Süd Dresden). The Dresdner Sinfoniker are co-financed by tax revenues on the basis of the budget approved by the members of the Saxon state parliament and by the state capital Dresden – Amt für Kultur und Denkmalschutz. 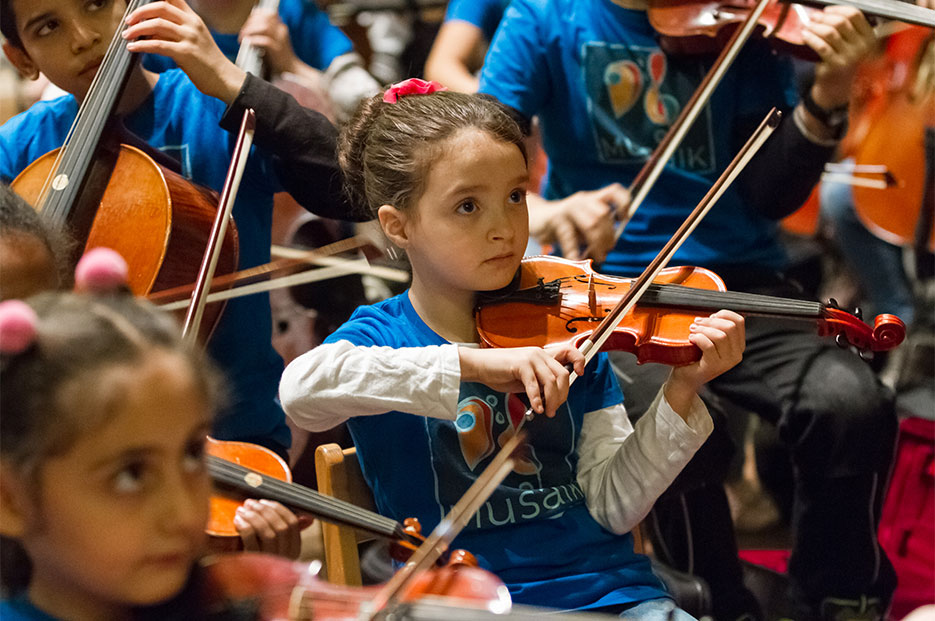 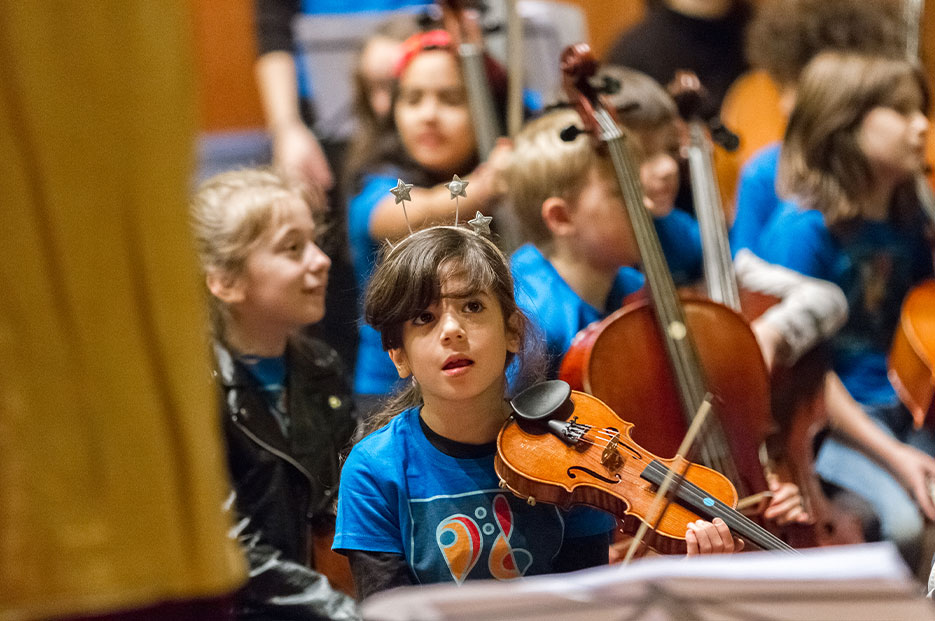 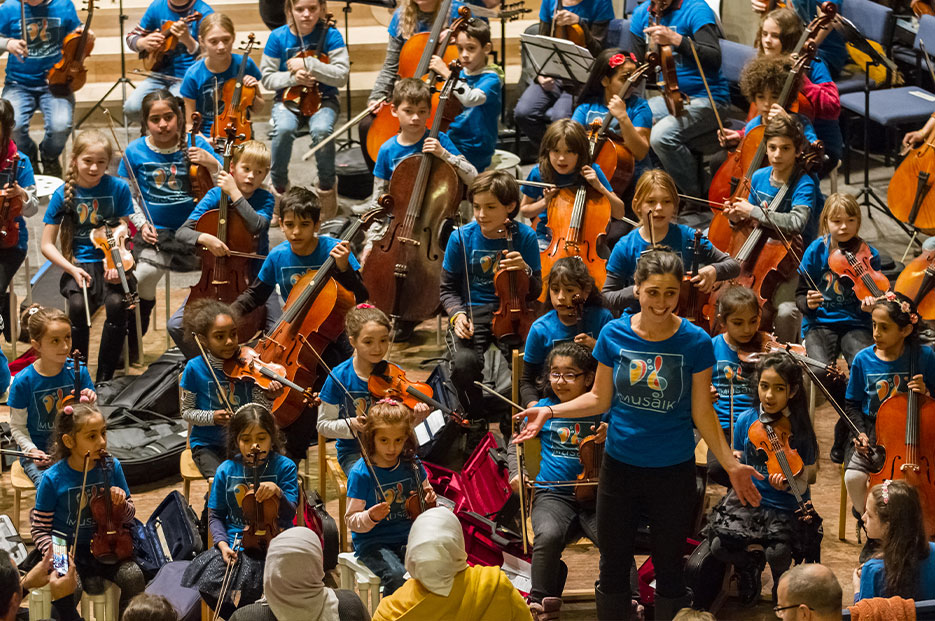 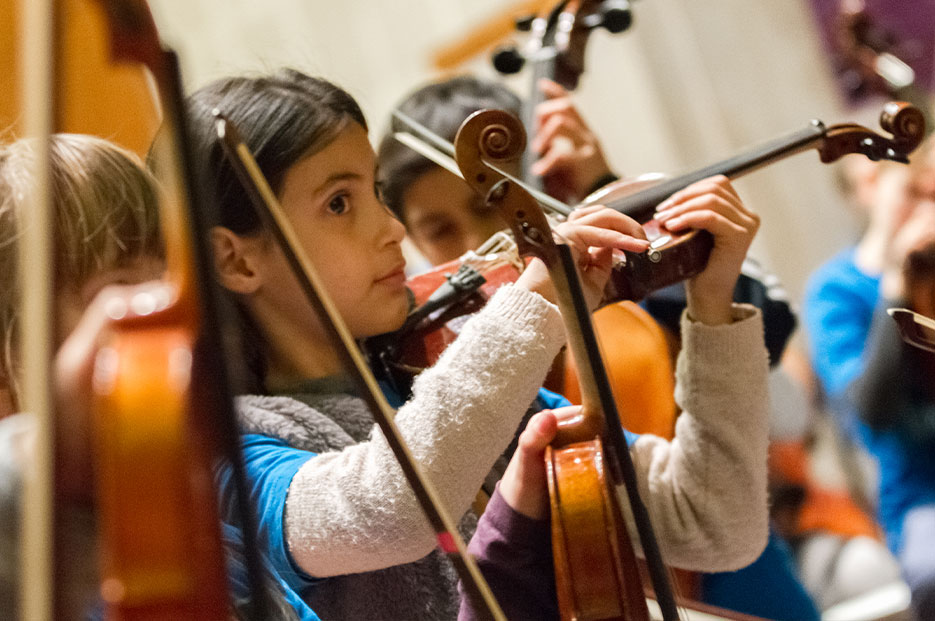 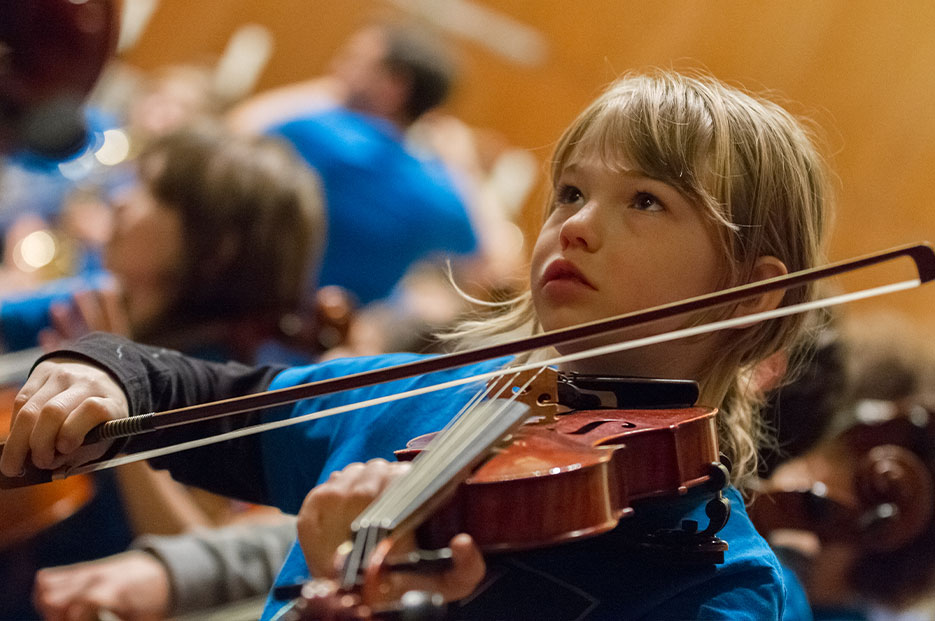 As part of the art and culture project “ZU HAUSE in Prohlis”, which was initiated by the Societaetstheater and the Quartiersmanagement Dresden-Prohlis … read on