In Turkey and Central Asia, the heroic tales of Dede Korkut – the singing and lute-playing sage of the Oghuz – are recounted with the same esteem as that preserved for the Nibelungenlied in Germany. A brutal rape led to the birth of the »Cyclops« Tepegöz. Born into an alien world, he was not only hated but also became the bitter enemy of the Oghuz, whose acceptance he desperately desired. This dramatic conflict forms the backdrop for a project that offers a dynamic amalgam of music, images, text, bodies and song. Marc Sinan’s work is based on documentary videos of Central Asian musicians which he and Markus Rindt filmed during their extensive journeys through Azerbaijan, Uzbekistan and Kazakhstan, along with video interviews with young Istanbul-based literati, philosophers and thinkers about their take on the story of Tepegöz. The Oghuzian narrative tradition teams up with the many resources of modern theatre and traditional music meets contemporary compositions, thereby opening up a dialogue between medieval folklore and the present day.

Azerbaijani, Uzbek and Kazakh guest musicians perform together with the Dresden Symphony Orchestra. Soloists like the singer Jelena Kuljić, the double bass player Jun Kawasaki, the subcontrabass flutist Sascha Friedl and the guitarist Marc Sinan become objects of choreographic intervention in Aydin Teker’s extraordinary approach. Projections of images from Central Asia set space in motion. The libretto combines a poetic reworking of the traditional “Tepegöz” material with voices from Istanbul’s literary scene, who speak in video interviews about the material so fundamental to the self-understanding of the Turkic-speaking peoples from today’s perspective. 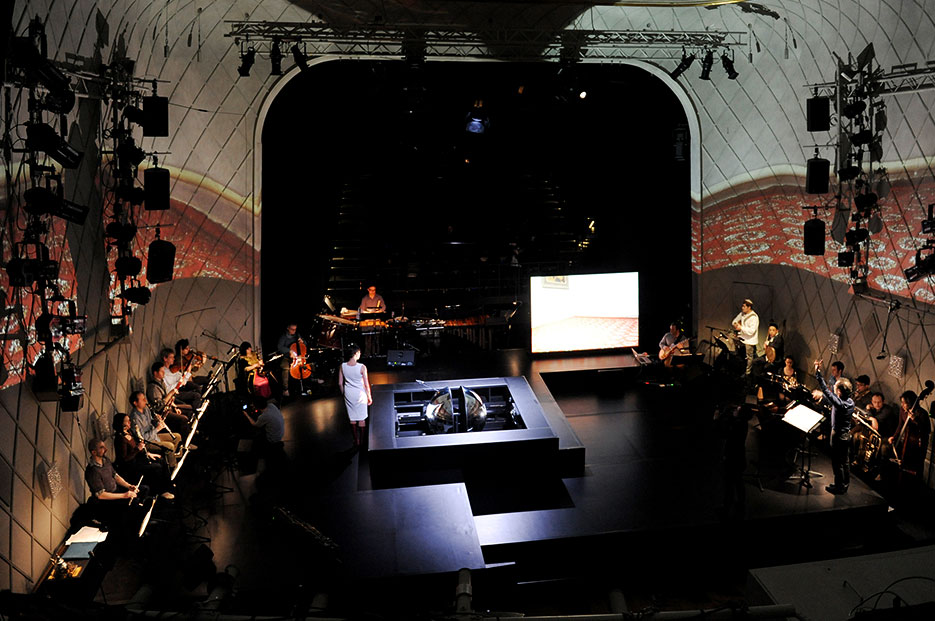 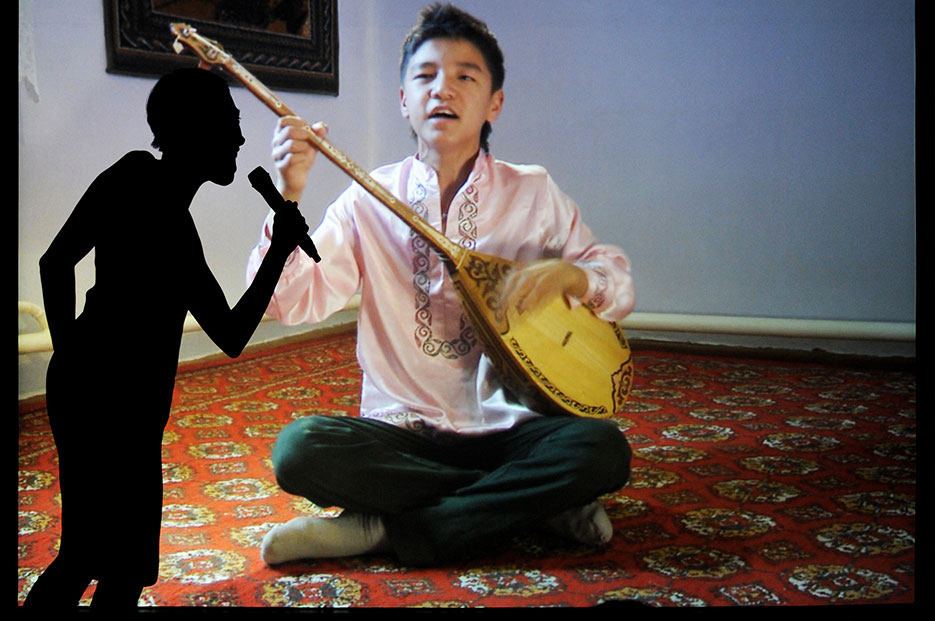 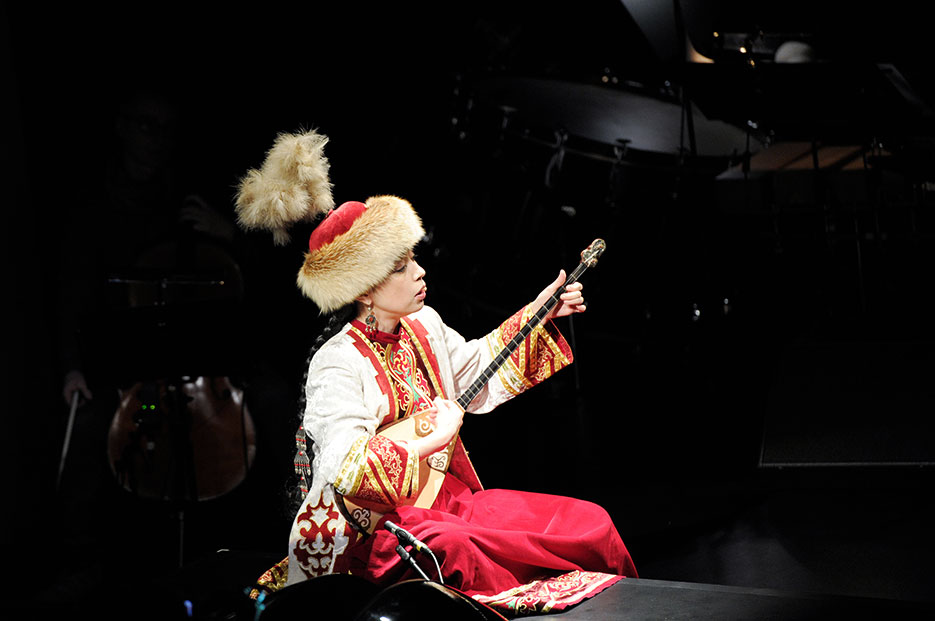 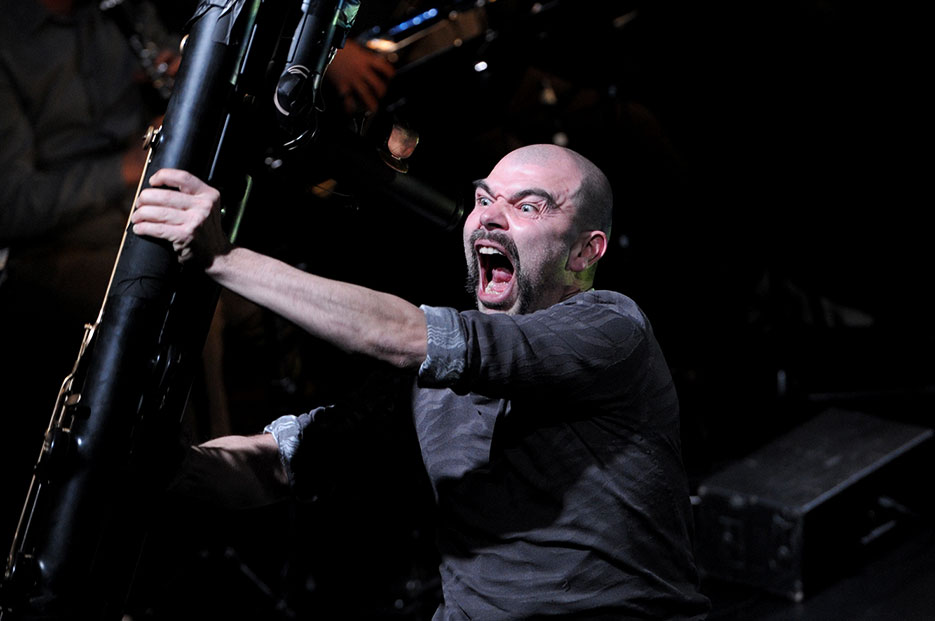 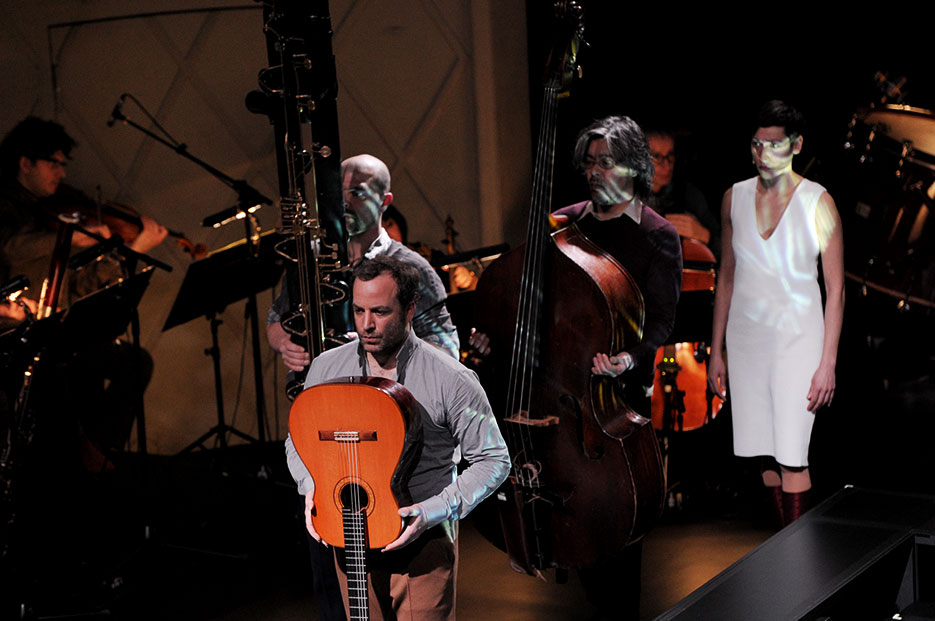 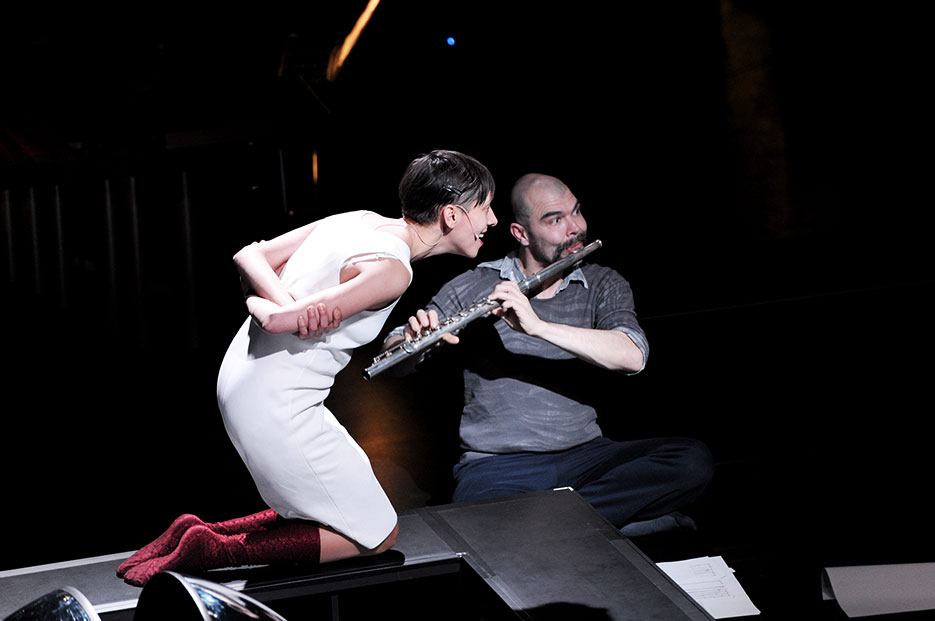 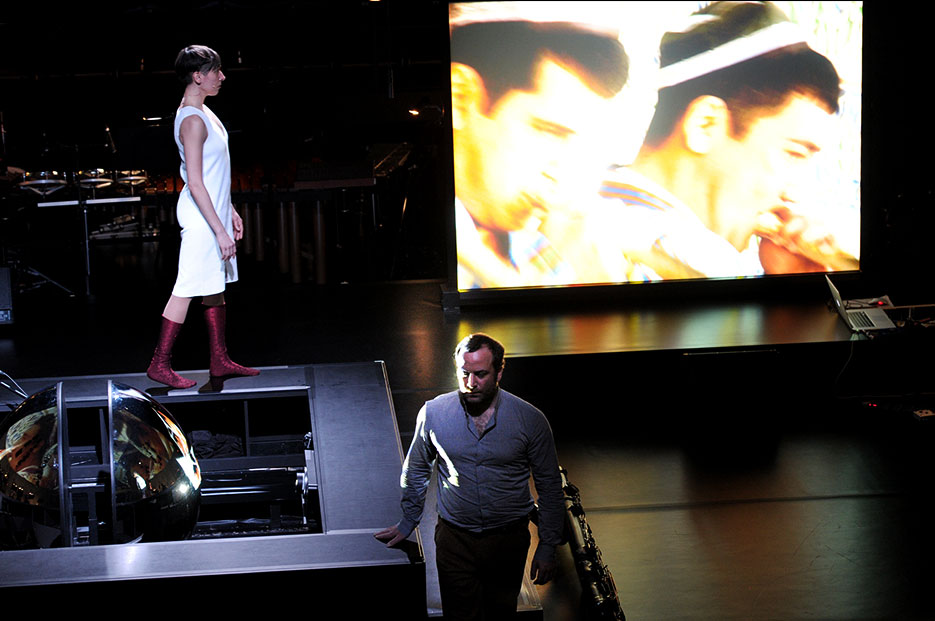 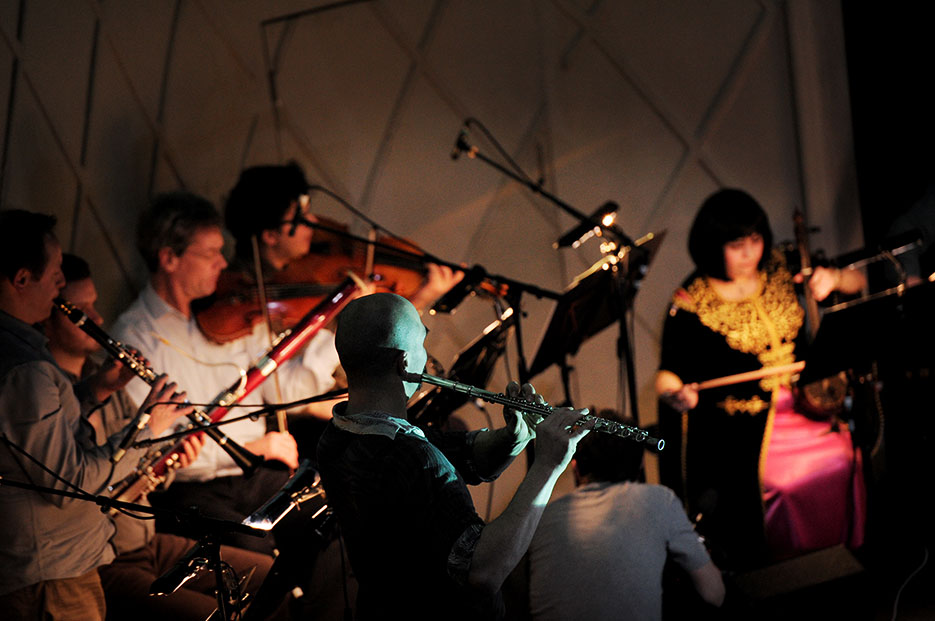 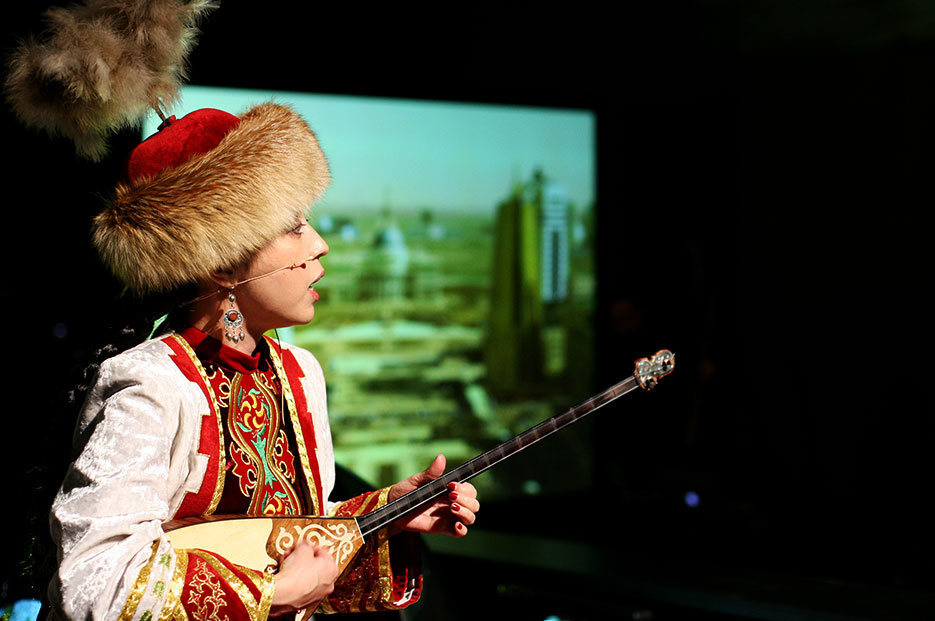 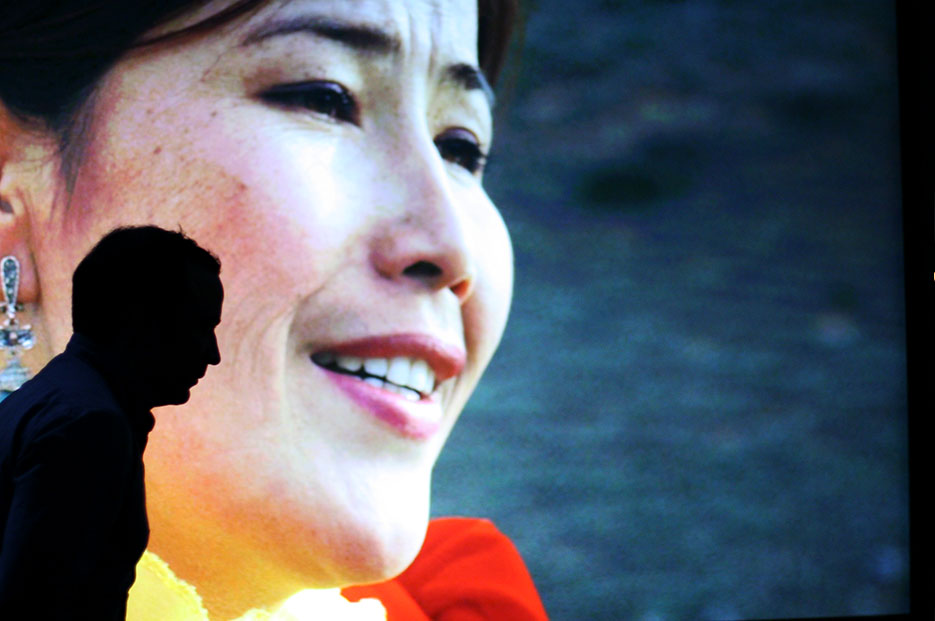